A Step Way Back In Time 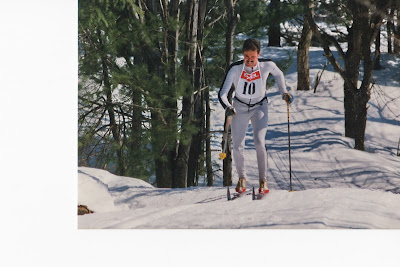 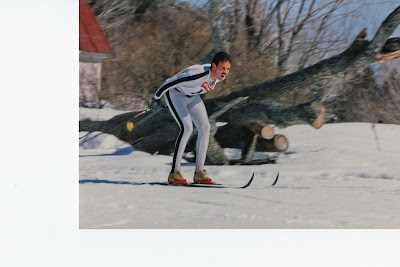 I've got gazillions of photos stored away in boxes around here. Lots of good stuff. I found a few to scan and put up while we wait for winter. Watch out, I'll probably dig out more incriminating photos of others while I watch the Red Sox march through the playoffs.

The first two are Rob Bradlee at the March 1987 Bogburn, which Bob Haydock used to hold in March, thus the gorgeous weather. Check out that mustache and those Peltonen ski tips! Those things would cut you if you fell on them, the tips were so sharp. Bob used to hold both a 10km skate and a 10km classic race in the same day and give awards to the ironperson in addition to the individual race winners. And, the course was harder in those days than 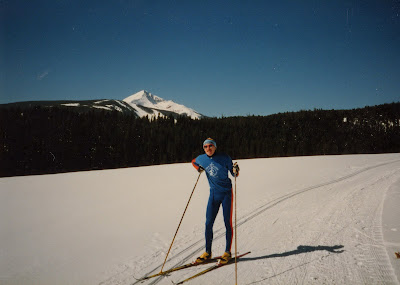 it is now! Can you say "exhausted"?

The third picture is of me at the 1987 National Masters Championships on an off day skiing at Lone Mt. Ranch at Big Sky, MT, where the 30km was held. Check out the skating equipment, in particular the boots! I got so exhausted skiing around at 6,000 - 8,000 feet chasing Jody Newton, Keith Woodard and Vince O'Connell that I was completely useless for the next two races. However, that was some totally awesome skiing! What a beautiful place. Then we had a 5 star dinner at Lone Mt. Ranch that evening. I can still remember the salmon I had. Lone Mt. Ranch has just been sold and has been turned into a private retreat, which is truly a shame.
Posted by Jamie No comments:

A big crowd turned out last Sunday for the CSU Junior workout in Concord. Here is a picture of part of the group. 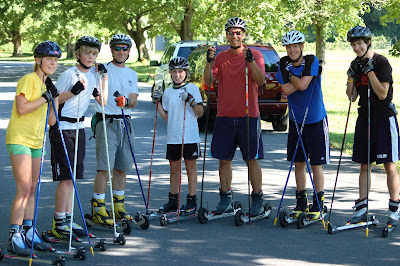 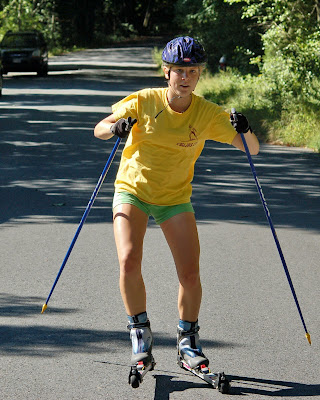 Heather working on V2
Posted by Jamie No comments: