Yesterday I returned to Cape Anne for the Blackburn Challenge after a year off, along with Wes Denering. We were both competing in the Fast Sea Kayak class, one of about 25 classes of rowing boats (those people going backwards) and kayaks (those who can actually see where they are going). After the heavy rains of the night before it was pretty foggy and very humid and warm. At the gun we took off down the Annisquam River with an outgoing tide and were therefore flying along at about 6.5 - 7 mph. I had a very good start for a change and tucked in drafting a couple different boats and settled into 4th with 2 boats right there in front of me. Once we 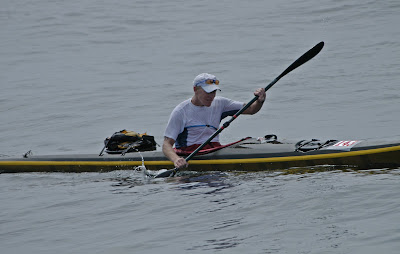 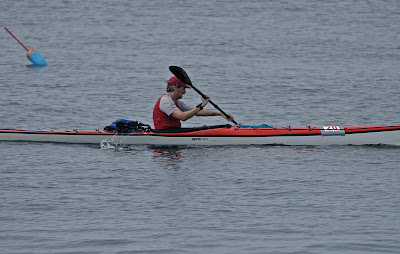 rounded the point at the end of the river we entered the fog....not so thick you couldn't see the paddlers ahead of you, but cutting across the various bays you couldn't see the shoreline and so you hoped that everyone was going the right way. One 6 person outrigger canoe apparently ended up way off course and a few of the fastest surf-skis also went around the island at the half way instead of through the cut, even though armed with GPS units. The rule in this race is turn right if you aren't sure where you are. The waves were annoying.....all over the place and I never got into a good rythm and could only rarely get a good wave to surf on. Consequently, my paddling suffered and I started fading as I spent lots of energy dealing with the lumpy seas. Two years ago by contrast had nice long rollers coming in off the ocean that you could surf on for a good stretch of the race, which is delightful as you pick up lots of speed on each wave.

After the 1/2 way point, where you must yell your number to a boat, the fog started lifting which helped navigation a lot, but now the outgoing tide wanted to push you out and you had to deal with that plus the weird waves. I stayed pretty close to several of the points, ever mindful of the surf, trying to shave distance whereever I could and trying to catch a favorable current because I was struggling. I had gone through 1/2 way in 4th place but about 2/3s of the way through the race got passed by 2 guys who put distance on me rapidly. I was falling apart and now my butt was suffering from 2 hrs of sitting and my speed was down to 5.5 - 6 mph. Finally, we came to the long breakwater at the end of Goucester Harbor and I stayed next to the rocks getting back eddies as water poured out of the harbor and then turned for the last straight shot to the finish beach. Its 1.87 miles across and the slowest part of the course.....a real slog with wind, waves and tide now squarely against you and my speed was down more to 4.5 mph......ugggggggg, what a grunt! The end never gets any closer. Finally, the finish at the Greasy Pole and you get to unwind your legs and get off your sore butt after over 3 hrs. in a boat. My abs cramped as I got out, a gentle reminder of that 8 min. abs workout at the CSU camp earlier in the week...... I never saw Wes during the race, but he was only a couple minutes back, having done a long bicycle tour the week before in Quebec, so he had even less time on the water than me, although they seemed to have missed him in the results.

This is a great event, although nicer on a sunny, dry and clear day. You never know what the ocean will throw at you from year to year, which makes it interesting. There were about 270 competitors in everything from Banks dories to 6 person outriggers, to single sliding seat shells to kayaks to the real lunatics who paddle 20 miles with their hands lying on specialized paddling boats complete with a foam rest for their chins. Crazy! Should have those guys come and do the DP test! At the end there is beer, Redbones barbecue and good live music. I missed the massage tables...... 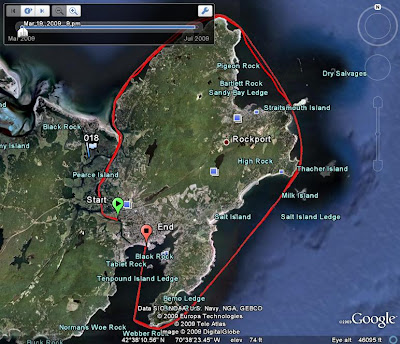 I've attached my GPS track which actually shows my 2007 track and my 2009 track, which is closer to shore for the most part. (Photos by http://pixel8er.smugmug.com/) 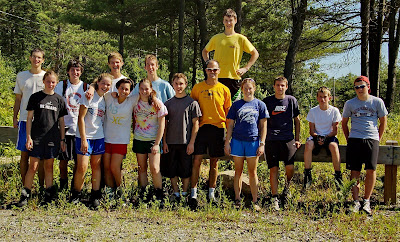 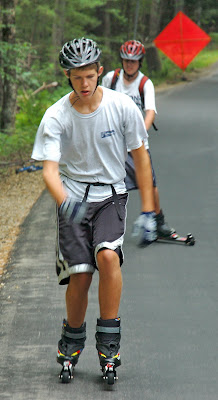 CSU has been holding its first summer training camp for junior skiers this week out in Winchendon with the Winchendon School as our base camp. The school is a great location, complete with dorms, dining hall, classrooms with hookups for video analysis and an outdoor swimming pool sitting up on top of a nice hill with a great view of Mt. Modadonock off to the north. Sweet! A great group of skiers has made it really fun and the good weather didn't hurt either. I documented the first couple days in photos. We've had some excellent workouts with both skate and classic rollerskiing, hill bounding on Mt. Watatic, playing Ultimate in the evening and a killer set of core exercises devised byAlex the Destroyer that tested everyone's basic strength and core fitness. Tomorrow is a long hike on the Wapack trail and Sunday will finish up with some classic intervals. This will become an annual event! 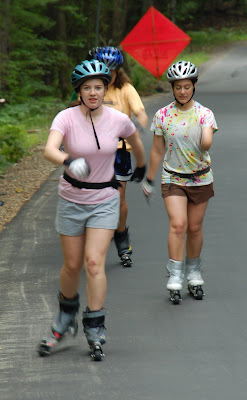 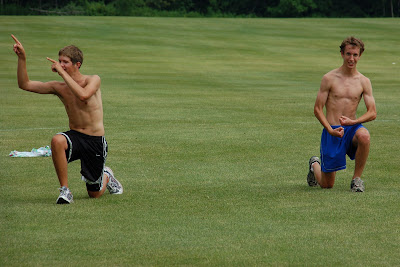 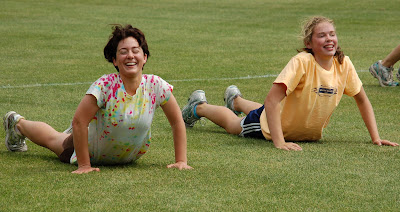 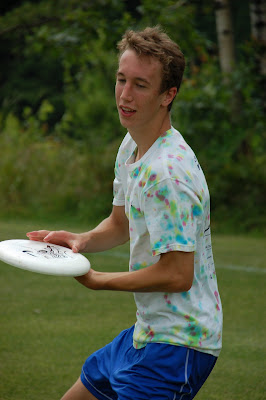 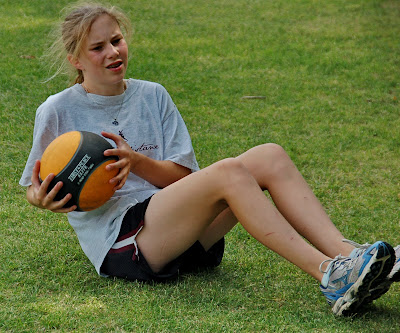 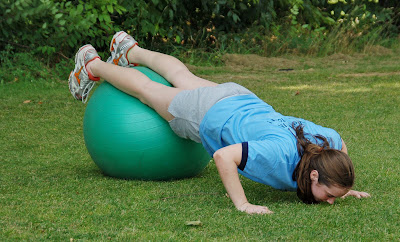 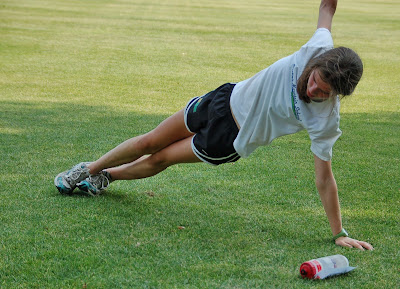 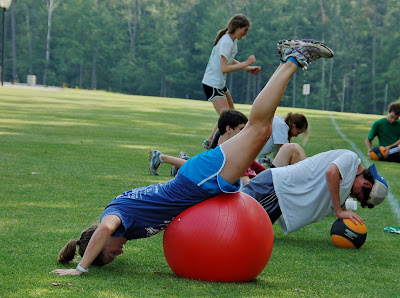 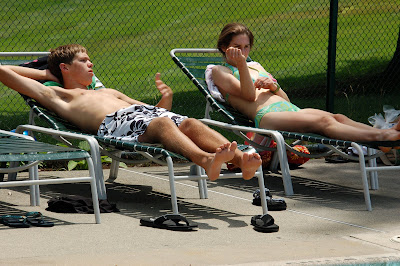 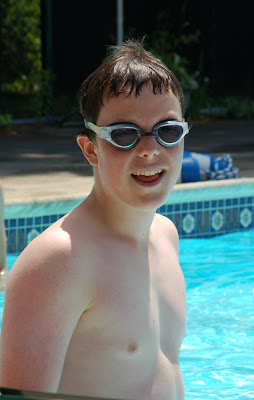 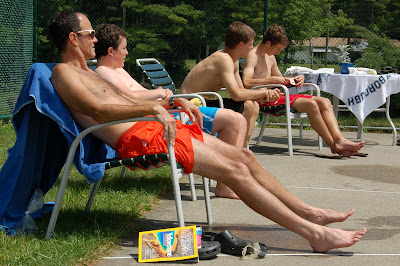