The CSU masters turned out in force up in Jackson today for the White Mt. Chase.  It was nice to see snow, icy as it was, on the ground instead of the brown conditions down in Boston. Jackson did a great job putting together the course after the rains of last week and the skiing was really very nice sugar snow and very reminiscent of skiing on our usual Weston manmade snow.  The course was pretty short, in large part because there were a lot of ice in places on the golf course and elsewhere and you could see how much work by the piston bully had been required just to get a good strip of snow for the race.  However, Yodel was still a major grunt and the hills on the Wave were still plenty hard.  The snowstorm hitting Massachusetts and S. NH stayed to the south, which was actually a good thing as everyone was on klister.  Rob put out the wax call after some testing on Friday and since I did most of my waxing at home the pre-race prep was rather relaxed!  Skis worked, good to go!  Andy Milne had been prepping everyone all week with his usual amusing emails and CSU clearly had the biggest contingent in the race and ready to reclaim our respective crowns after a year off in the NENSA one-day club championship.

A lot of the usual college kids were missing this year which made the start seem a bit more relaxed.  Up ahead of me was a lot of CSU blue with Andy, Frank, Rob, John, Alex, Steve and a few others as we lapped the 1st field and then headed for the first big climb up Yodel.  At that point I lost site of the front and was left trying to hang with Hannah Smith and not blow a gasket on the big climb.

As we popped out in the fields various CSUers on different loops would come into view, Frank, Andy, John, usually in little groups dueling with the competition from NWVE, Mt. Mansfield, Ford Sayre, etc.  I must say I was delighted not to have that 2nd climb after the old airfield as we hit the Wave and caught my breath from the first big climb and headed back into the woods.  I must say, I was mighty sloppy coming down the Wave on lap 1 and was lucky not to fall a couple times.  I must correct that on lap 2!  Then the winding around the fields chasing various people and checking on who was chasing me.  Hannah and Robert weren't far behind, and I traded places with Albert a couple times.  In retrospect, I was way too relaxed the 1st lap in the fields.  The race wasn't that long!   On lap 2 I skied much better and faster on the hills and around the fields but at one point looked back to see a whole bunch of people chasing not far behind with the orange suit of Joann Hanowski apparently leading the charge.  I had to put it in gear!   I was trying hard to chase down Pavel from NWVE and Jonathan Rodd and realized I was running out of time.  As we headed toward Yodel I cranked it up a notch on the climbs and was ready to go hard on the downhill.  The light was flat and it was fast and hard to see exactly the best line and at max speed my ski hit one of the tracks and I flailed around trying not to crash.  I pulled it together, barely, and survived the downhill with Hannah chasing me and me chasing Jonathan.  I ran out of course but gave it a good go.

A fun race!  Alex was the overall women's winner and I believe Hannah was 2nd.  Congrats!  We had several age group firsts, not the least of which were Larry and Sara Mae's respective wins.  At lunch Andy delighted in presenting the men's championship back to CSU after a 1 year hiatus and in saying that right now the women's race was a tie but that Sara Mae Berman was closing in on the finish line, which would tip the balance in the CSU women's favor.  Our women ran out to greet Sara Mae at the finish and get some team photos.  A good day for CSU!  Full results are posted HERE

Once again Bob Haydock pulled off somewhat of a miracle with a lot of work on the snowmobile and some well time snow and held the 32nd Bogburn Race.  Conditions were interesting with an icy base, some fresh snow, some ice chunks that resisted breaking up by countless passes of the snowmobile and it was FAST.  Bob, probably wisely, took out the Chicane Loop from the first part of the race with its 180 corner that is always a huge challenge in the best of conditions and its lung-searing hills right at the start of the race.  The mellower version of the course was challenge enough this year!  With a huge bunch of kids in the BKSL races (including Bill Koch's own kid), there was a lot of action out on the course.  Photos of the BKSLers (and a few others) can be found HERE.  As for the adult races, it seems quite a few people took at least one tumble or in the case of Frank Feist, a spin-out.  But perhaps the best wipe out belonged to Jackson Hardin who decided to go into the drainage ditch on the first hard left corner rather than navigate around the turn.  Bummer.  I caught Jacob Meyerson running down the course, the victim of his binding pulling out of his ski.  I made a mistake and let Andy pass me just before the S turns after the dam and I had to jam on the breaks as Andy put in a vicious snowplow.  I took a dive, not on a hairy downhill but on a corner on the flats.....Really??? You get the idea, lots of good stories after the race.  Race results can be found HERE.  Thanks Bob for another race that will provide embellished stories for years to come! 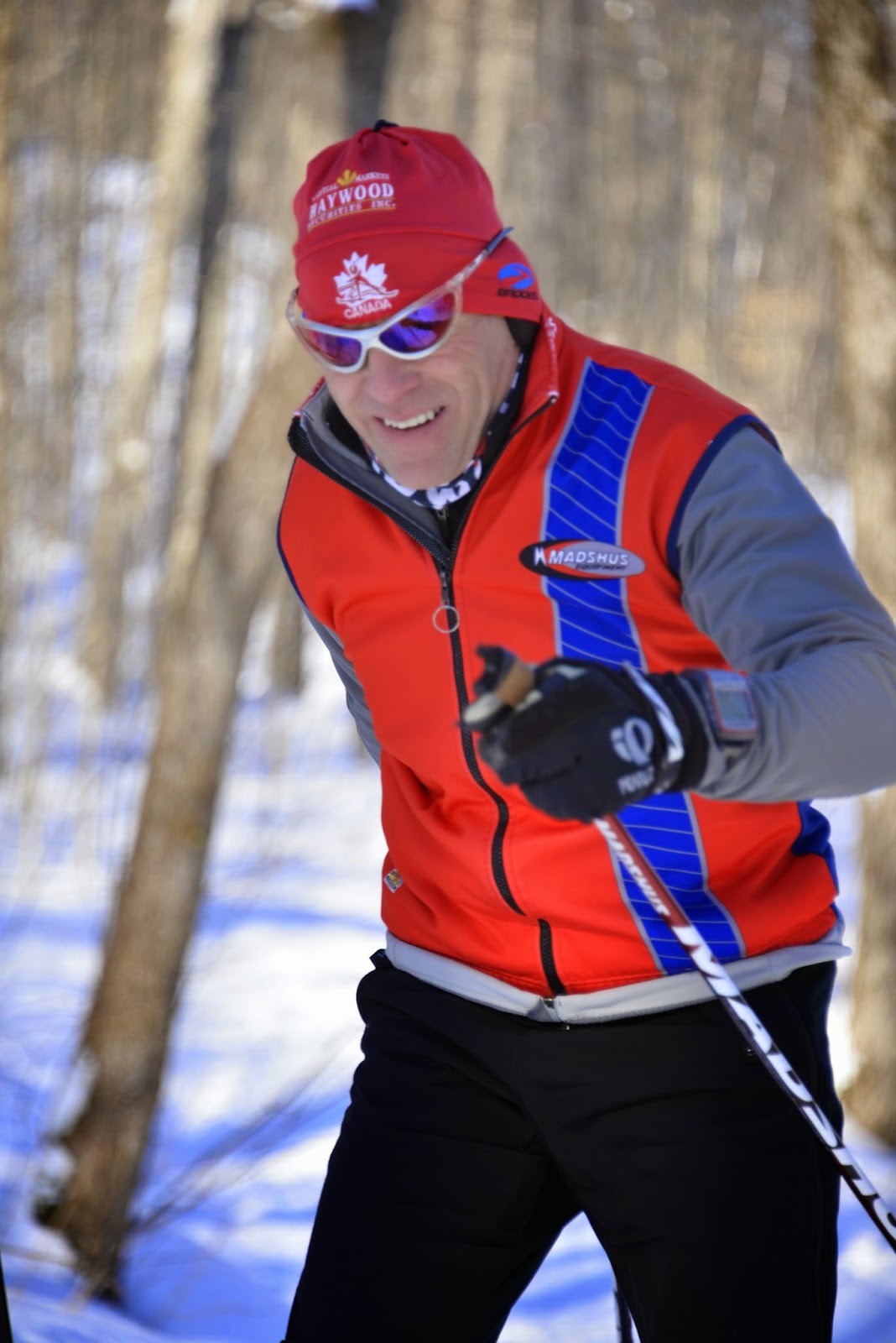 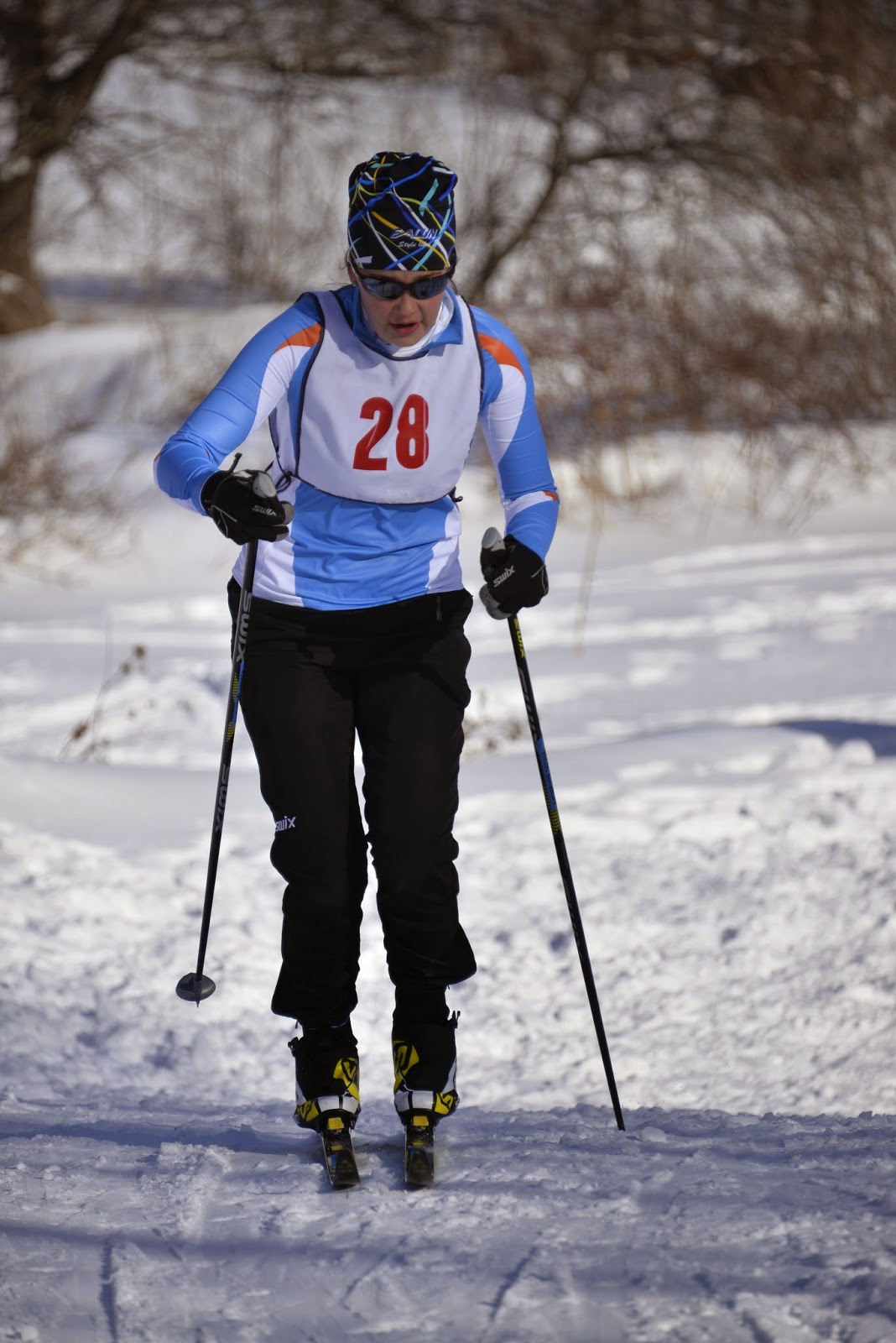 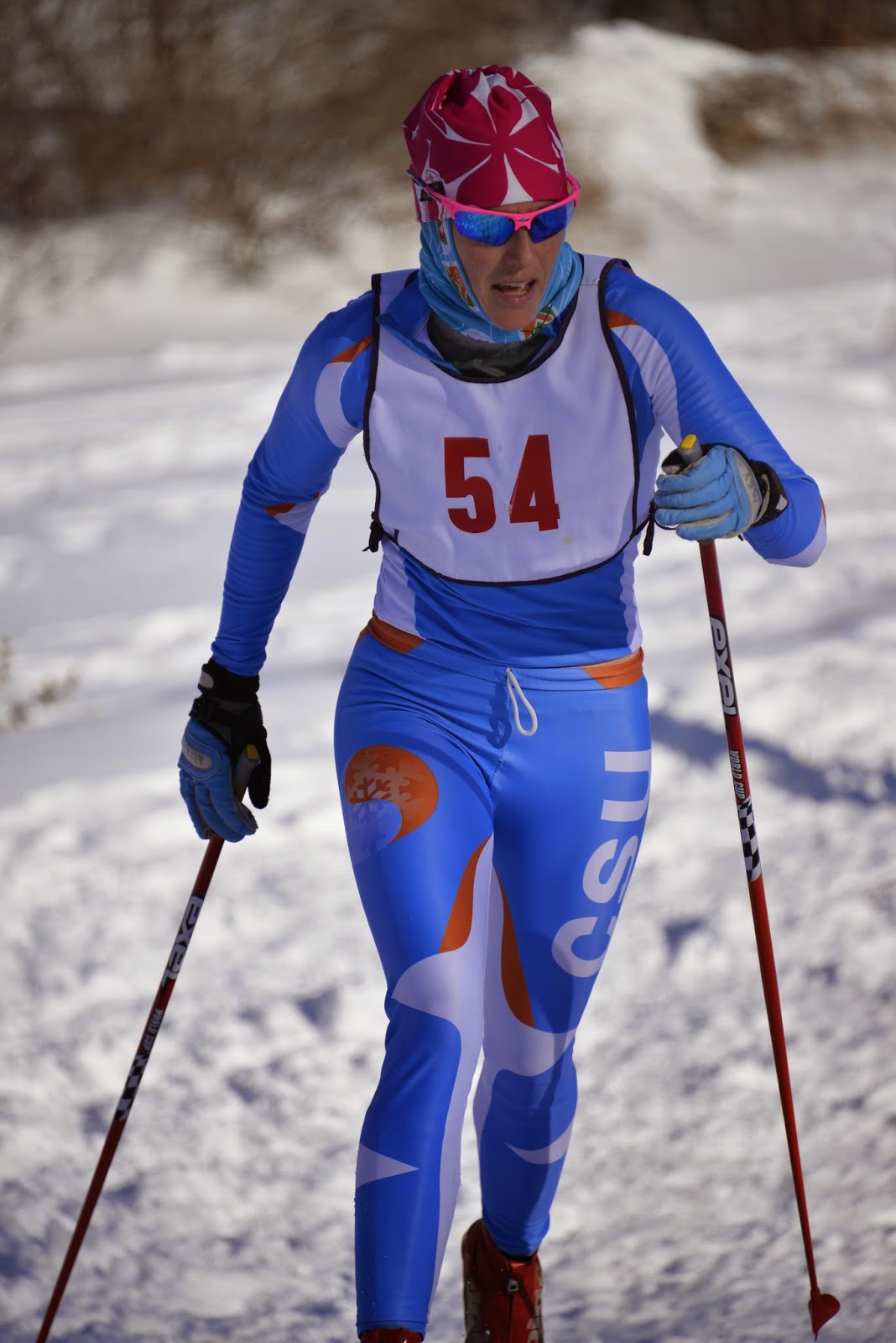 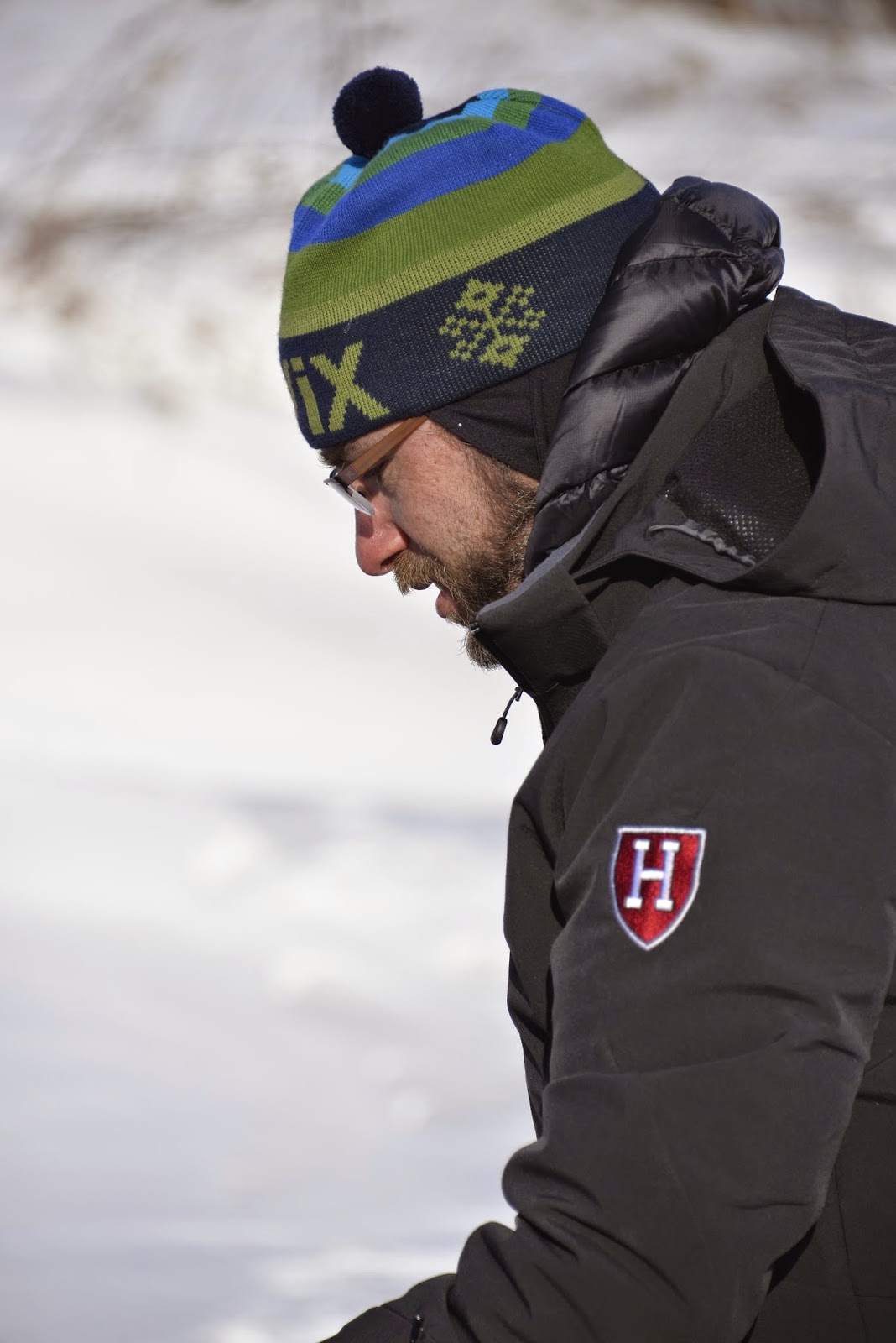 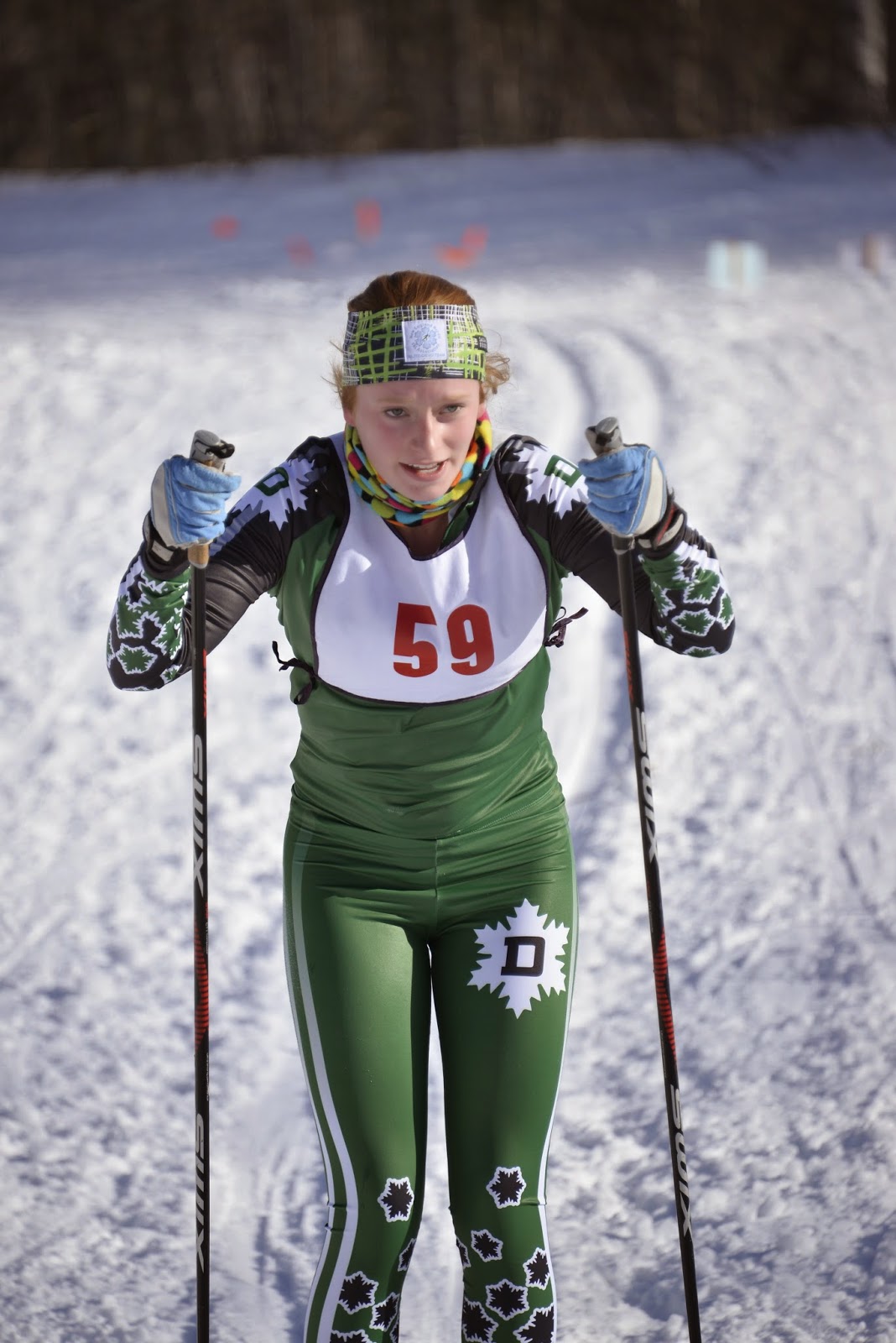 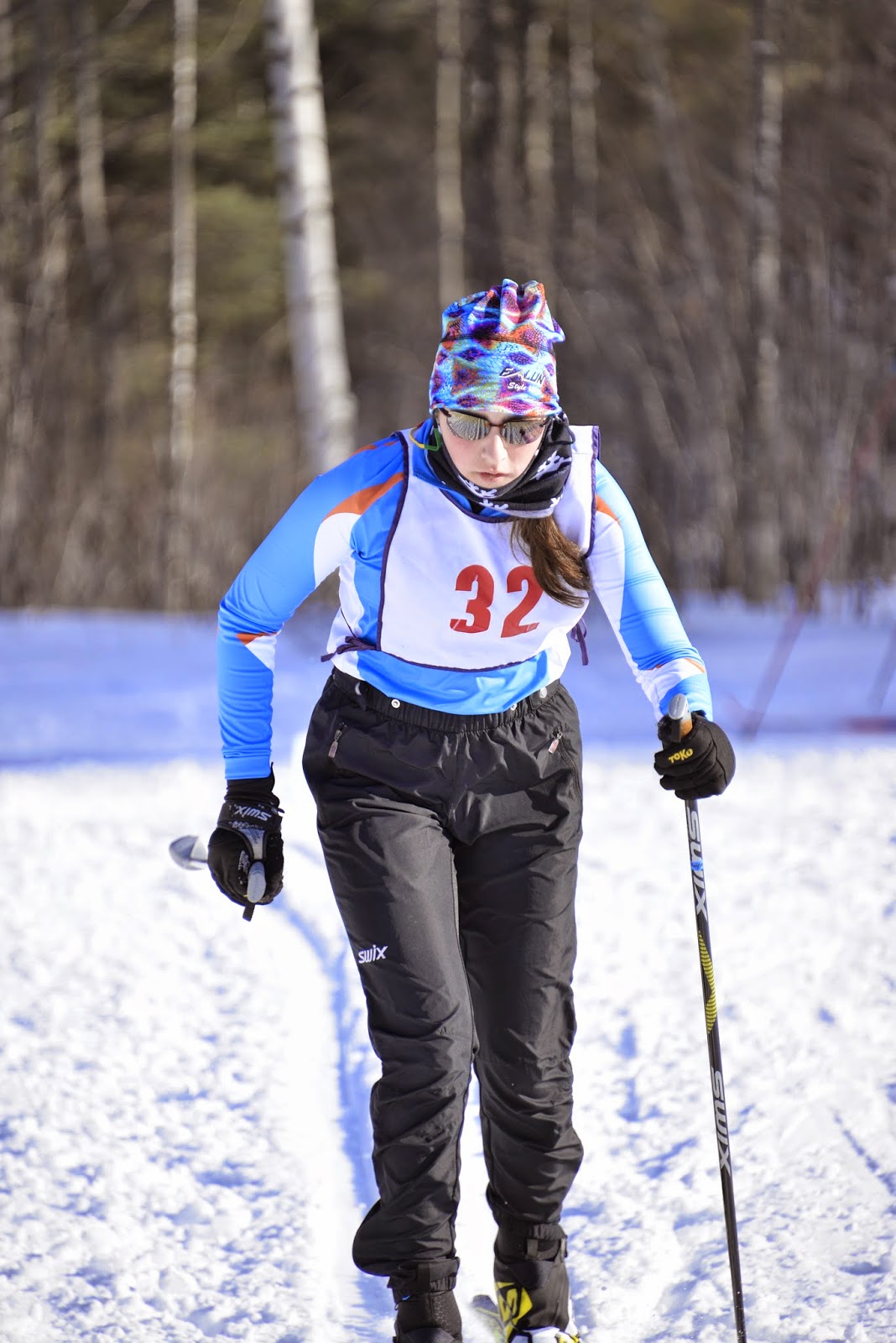 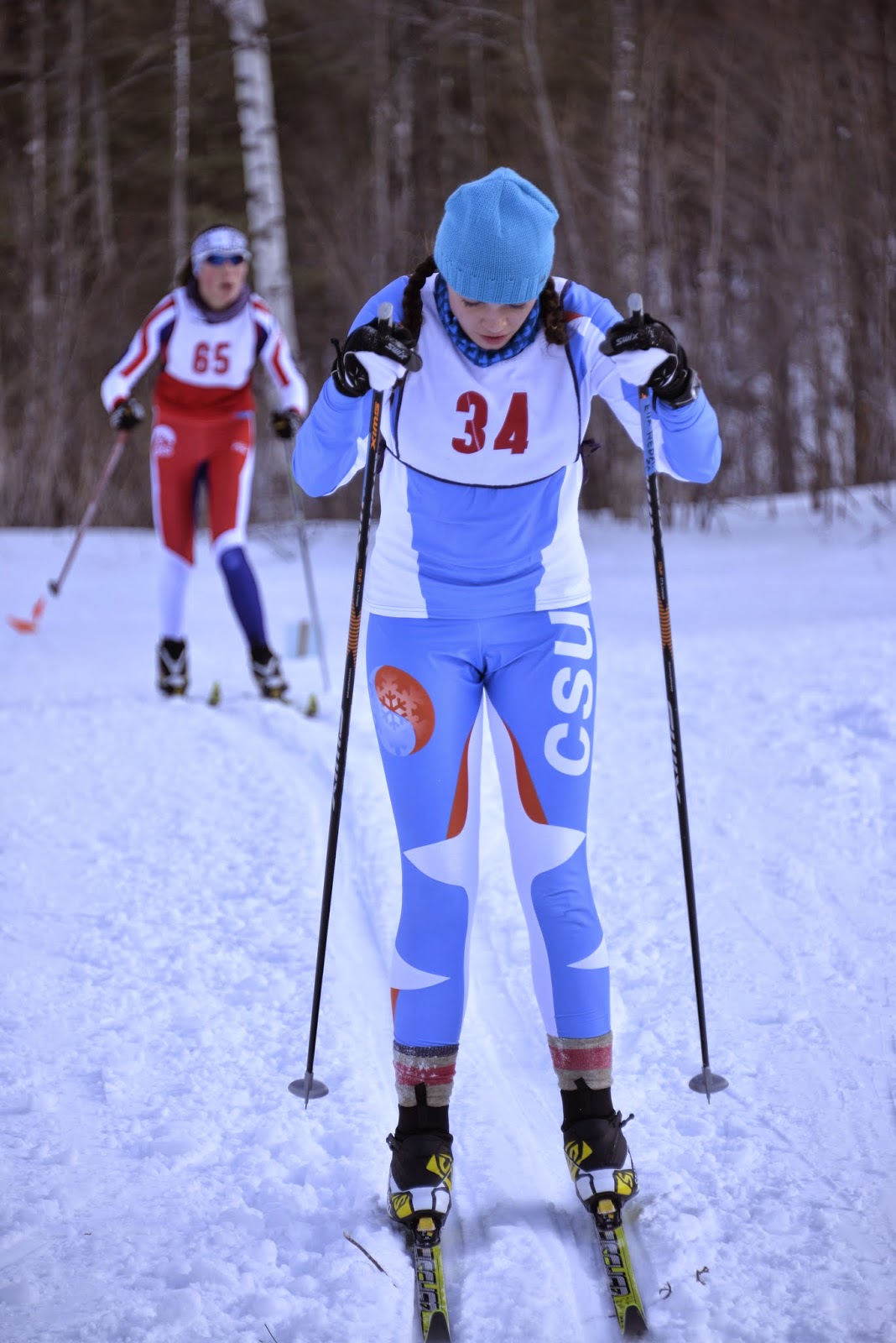 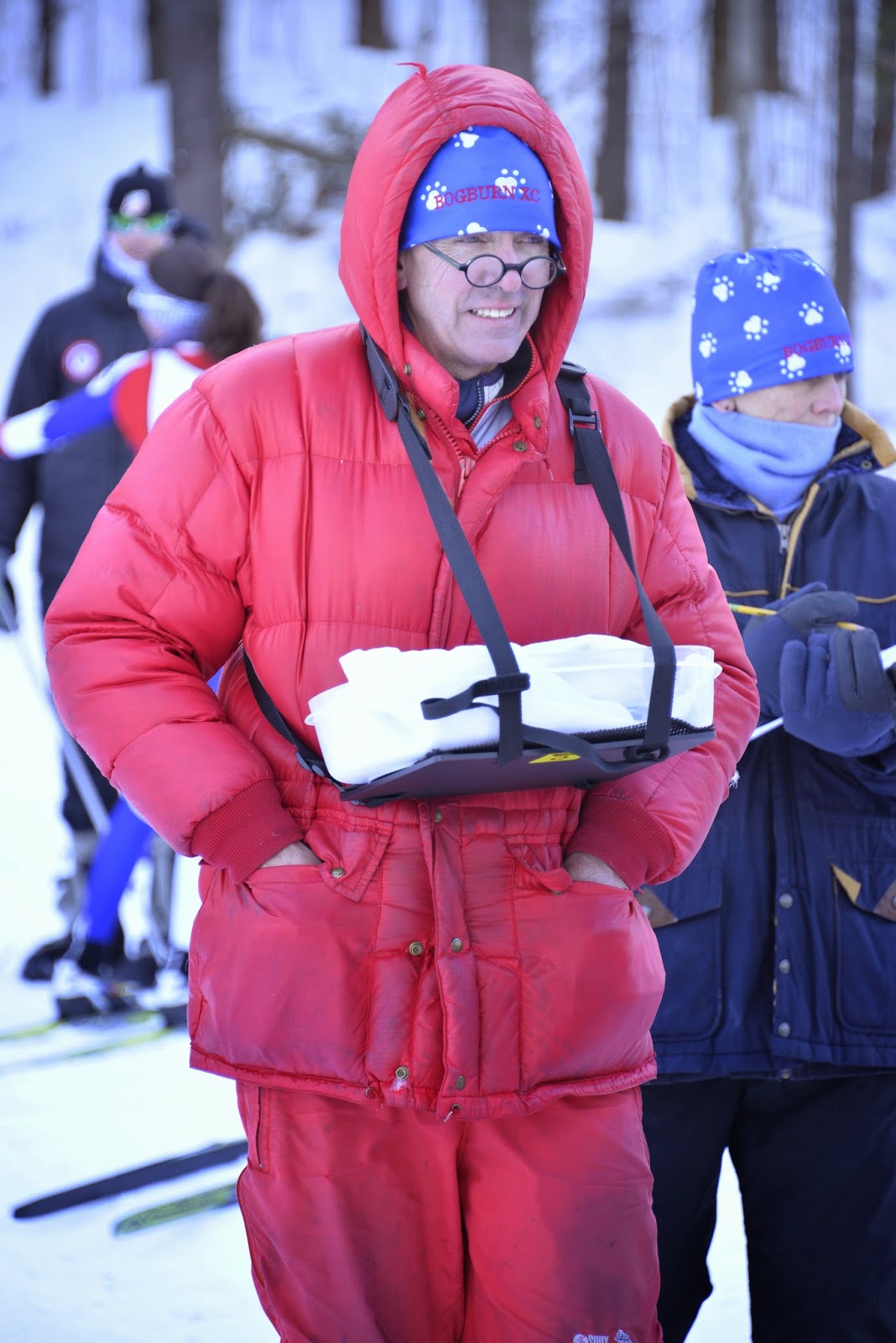