I found this great old CSU and friends photo from some relay event most likely, at the Putney School.  I'm guessing, based on the age of Alex and Kip Weber that this is about 1996 or so???  Can anyone name all the skiers? 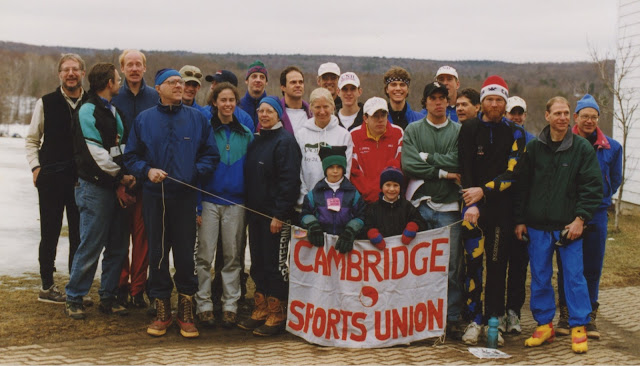 Several CSUers made the long trip to Lake Placid for the 10th annual Climb to the Castle rollerski race.  This race goes up the road on Whiteface mountain that climbs 3,000 feet over 5 miles to a castle built back in the Depression by the CCC.

Coach Rob took Jackson, James, and Oliver in the Cadillac of minivans on Friday to the luxurious EconoLodge.  Hannah and Madeline Rieder came with their mom Joan.  On Saturday James and Jacob arrived as did Erik and Gabby Vandendries bringing along Bill Rieders.

On Saturday morning the boys and Rieders and I hiked Cascade mountain. 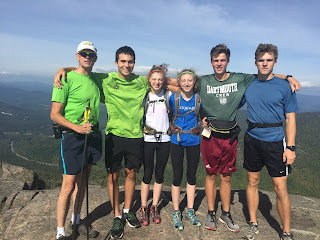 In the afternoon we spent a couple of hours in "study hall" at the Lake Placid library overlooking Mirror lake.  Then, it was off the to the Jumping Complex to get a tour from Henry and Alex as they were also in town for the weekend doing jump training.   We couldn't stay long enough to watch Henry fly off the K90, but I saw the video and he nailed it!

After a beautiful day on Saturday, we woke to rain on Sunday.  Stopped by race time at 8 AM and we just had damp roads for the race and some fog and wind at the summit.  CSU put two out of three on the podium as Hannah won, Madeline was 3rd, and Gabby was 5th.  Nice work, girls!  The boys also all had solid races. 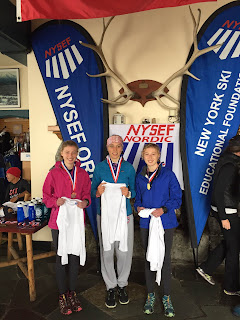 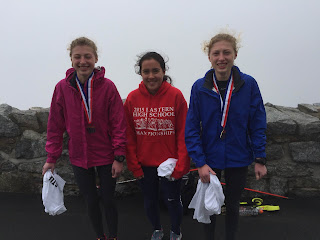 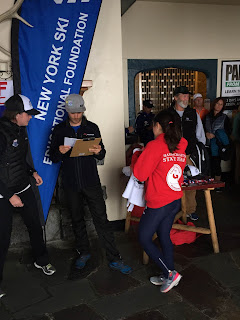 In the afternoon the sun came out and the minivan crew had an epic adventure crossing Lake Champlain on the ferry.

CSU took on the Louisa May Alcott 5k this weekend, and we had a lot of good races. We did a good warmup together, and watched the storm front come rolling through with a lot of pretty intense weather. It must have dropped 10 degrees in three minutes, which made for some really nice racing temperatures. We ended up collecting a lot of medals for various age class awards, headlined by Jacob winning the overall race, and Hannah and Madeleine tying for first women. Lots of great cheering by Frank, Tyler, Joan, the Appleby's, and more! 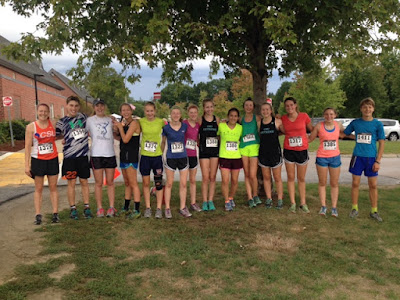 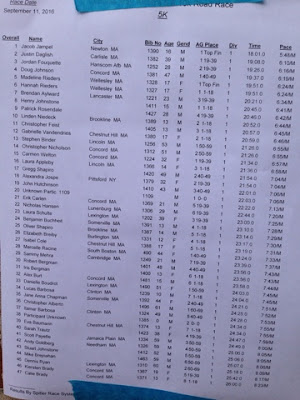 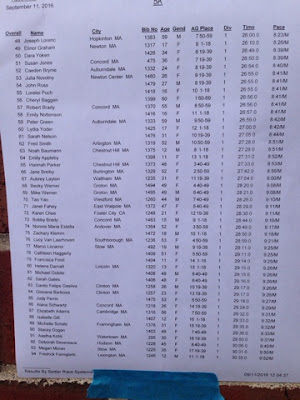 Uta Pippig, a famous runner with a great smile and attitude toward running who won the Boston Marathon three times in a row, was on hand to give out all the awards! It was a real pleasure to get to run with her. 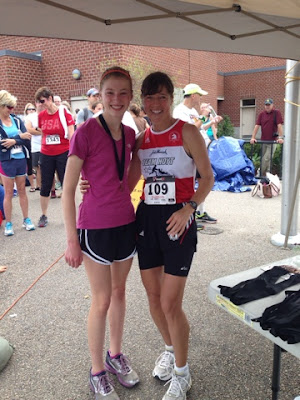 They gave Madeleine the first-place medal, but she tied, so... 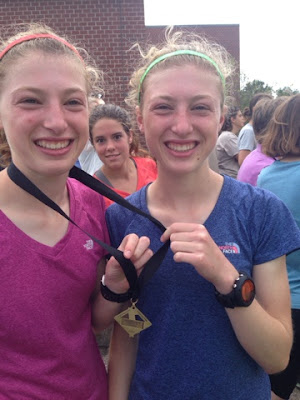 She shared the medal with Hannah! 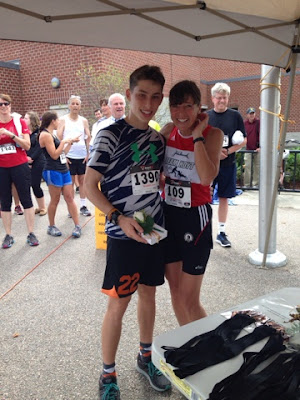 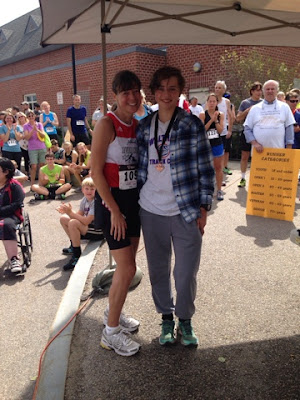 Laura was third in the U18 class 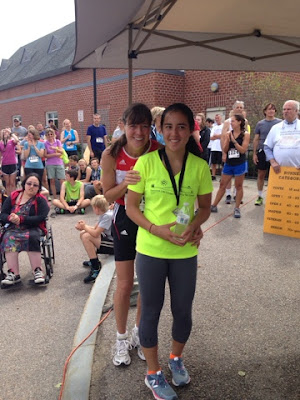 Gabby was 2nd in the U18 class 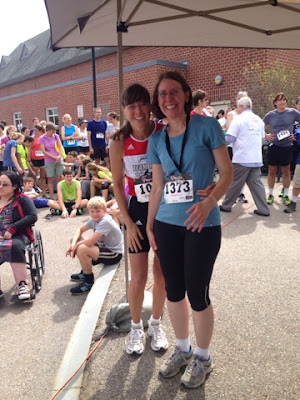 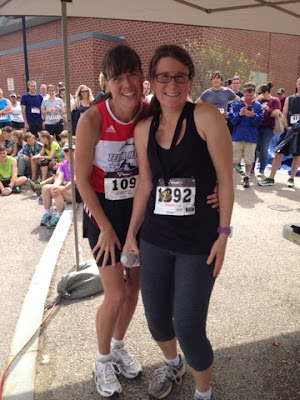 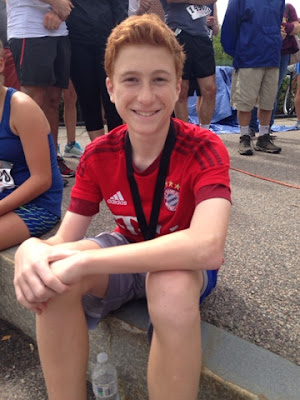 Chris was third in the U18 class 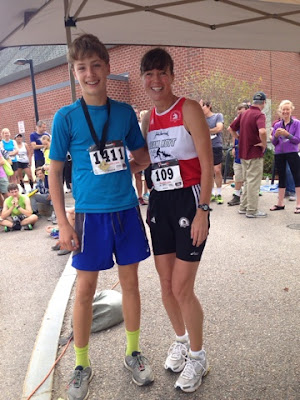 Henry won the U18 class 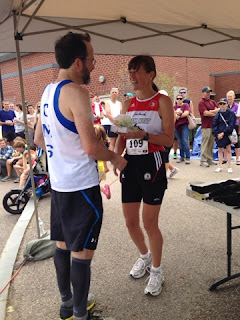