We're on the train heading back to Oslo from Lillehammer after a glorious week of skiing to close out the 2016-17 snow season for a CSU junior group that includes Elizabeth Anderson, Alex Burt, Kevin Telfer, and coach Rob (along with 3 CSU parents). We left Boston a week ago and the time has flown by.

After an uneventful flight directly from Boston to Oslo, we got checked into our hotel and explored the city on Saturday and Sunday. Here are Rob and the athletes outside the Oslo main train station on Day 1: 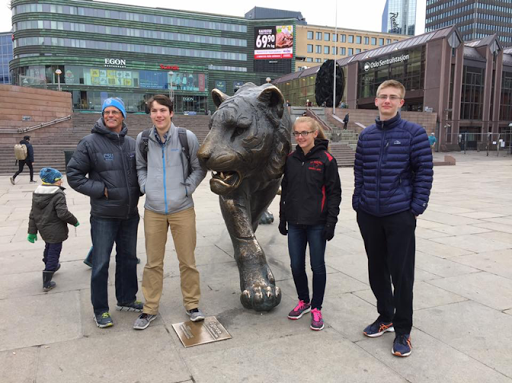 After a couple of days getting acclimated in Oslo, we arrived in Lillehammer on Monday morning after a 2 hour train trip, got checked into our accommodations right below the Olympic ski jumps, and Rob (almost) immediately had the athletes heading up to the Bierkebeiner Ski Stadium for a quick afternoon out and back skate ski. 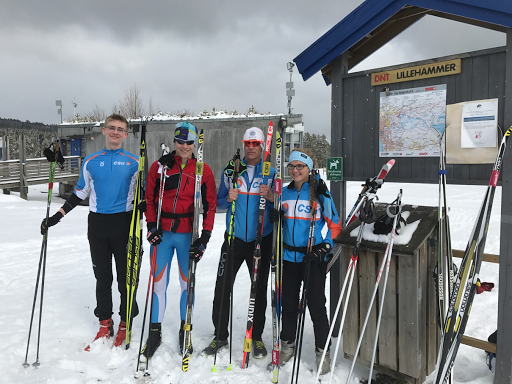 After this, we had a daily routine of getting up early, heading down to the station with our skis, and then taking a bus up to the Sjusjøen area for 2-3 hours of skiing on what seemed to be endless, perfectly groomed cross country trails that still had about a 3.5 to 4.5 foot base with fresh snow still falling regularly. 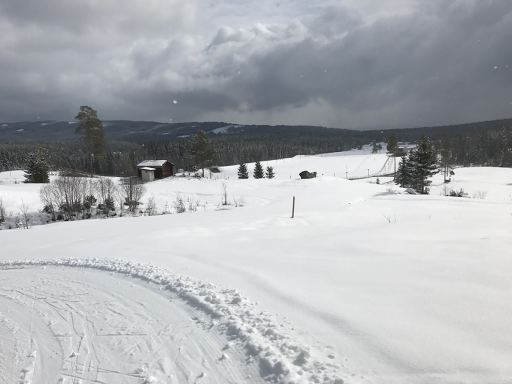 All of the trail system is free (yes, free — no trail passes needed), and consisted of hundreds of km of regularly groomed trails surrounding the main trail that is used for the annual Bierkebeiner race. Every day we skied we had spectacular conditions, and Rob had the athletes doing stuff like a 32 km distance skate ski on which they were only on the same trail for the first and last 2km (with a waffle break in the middle). At this time of year, they're only grooming hundreds of km rather than the nearly 2500 km they maintain at the peak of the season, and it was never a problem finding new and challenging routes.

Below are a few more pics of the group and the trails: 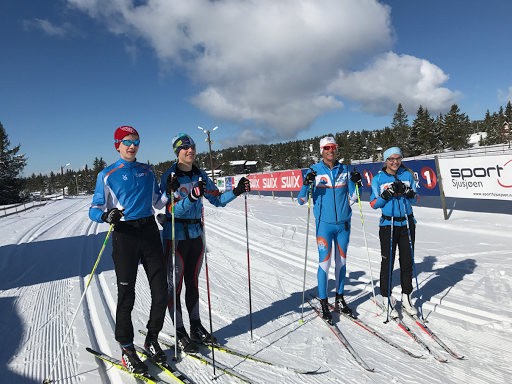 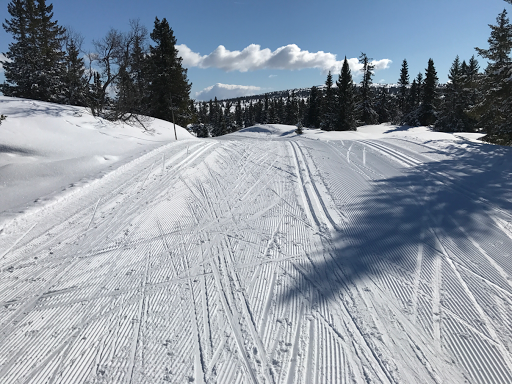 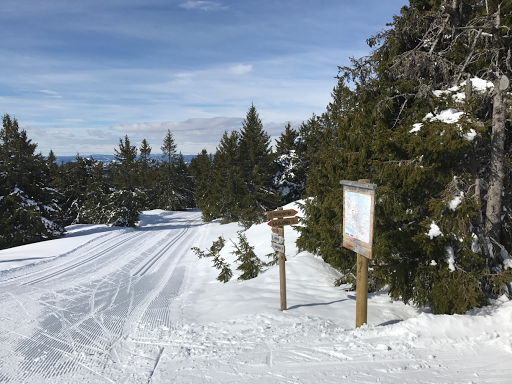 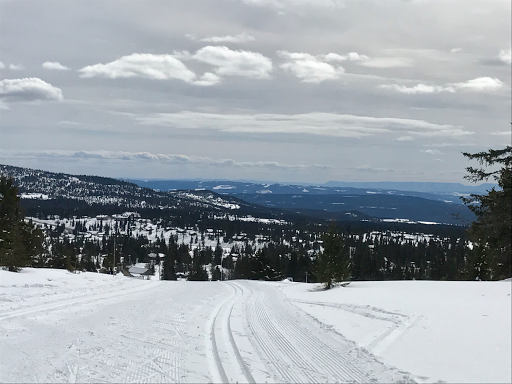 Side trips included the Norwegian Olympic Museum,  the Swix Concept Store, and the Olympic Ski Jumps: 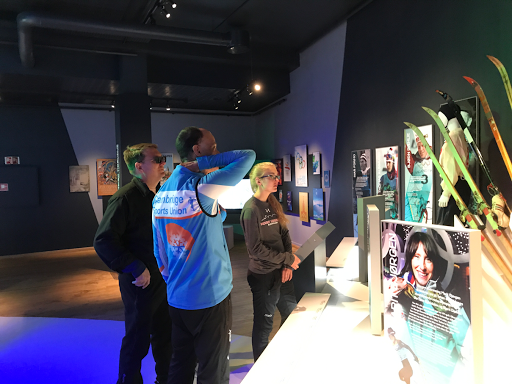 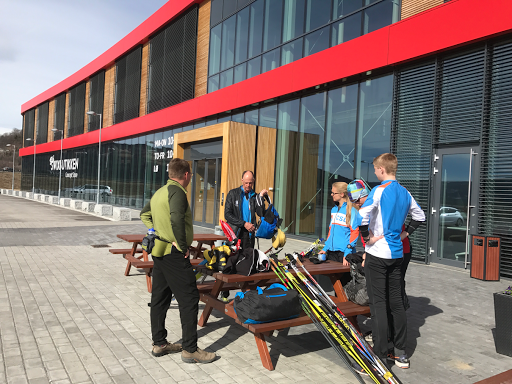 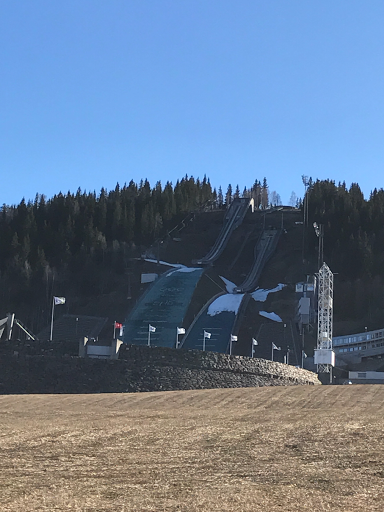 We are spending our last night in Oslo at a hotel right below the Holmenkollen Ski Jumps and Ski Museum, which we will visit before heading out to the airport and back to Boston.

Lillehammer and environs truly is Nordic skiing heaven, and it will be hard to go back next year to the variable snow conditions of New England. What spectacular skiing on a trip that we hope is one of the first of many.

Rippin the Hairpin in April