July's adventure weekend was pretty sweet. We met in Campton, and started with a nice rollerski up towards Waterville Valley. Then we went searching for a swimming hole along Smarts Brook, which we did eventually find after a short rainstorm. Gotta shower before you get in the pool. 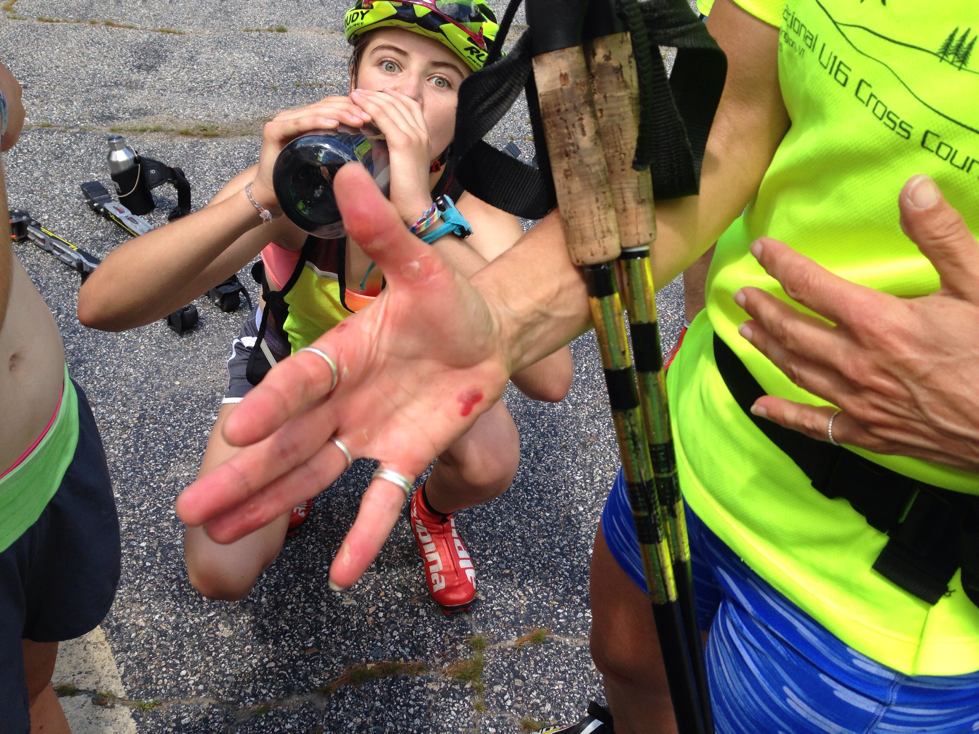 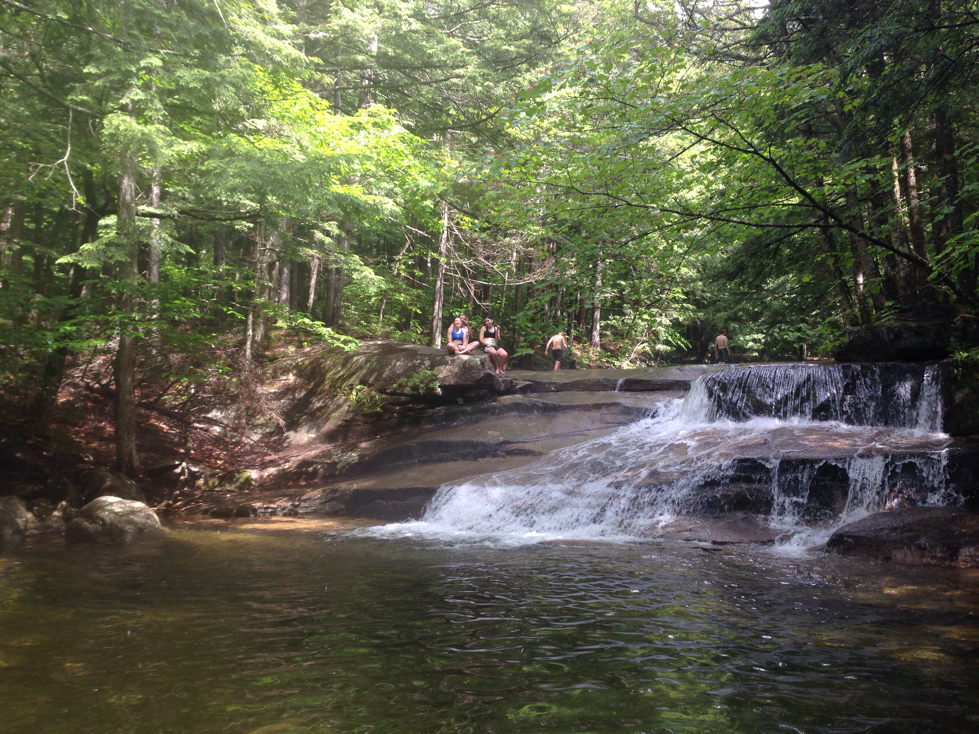 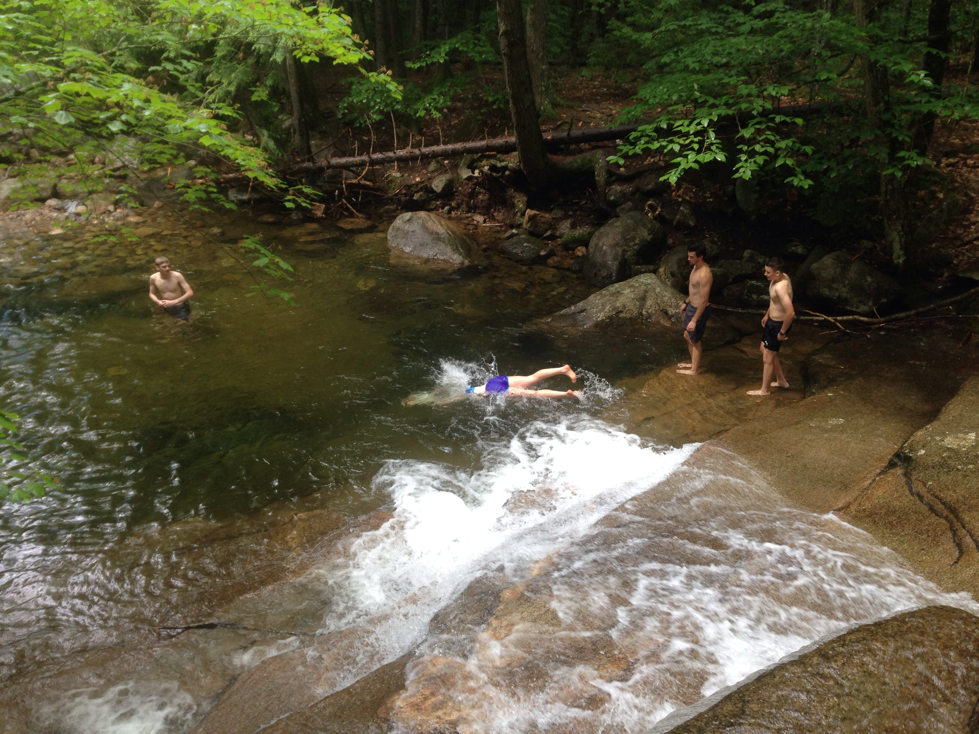 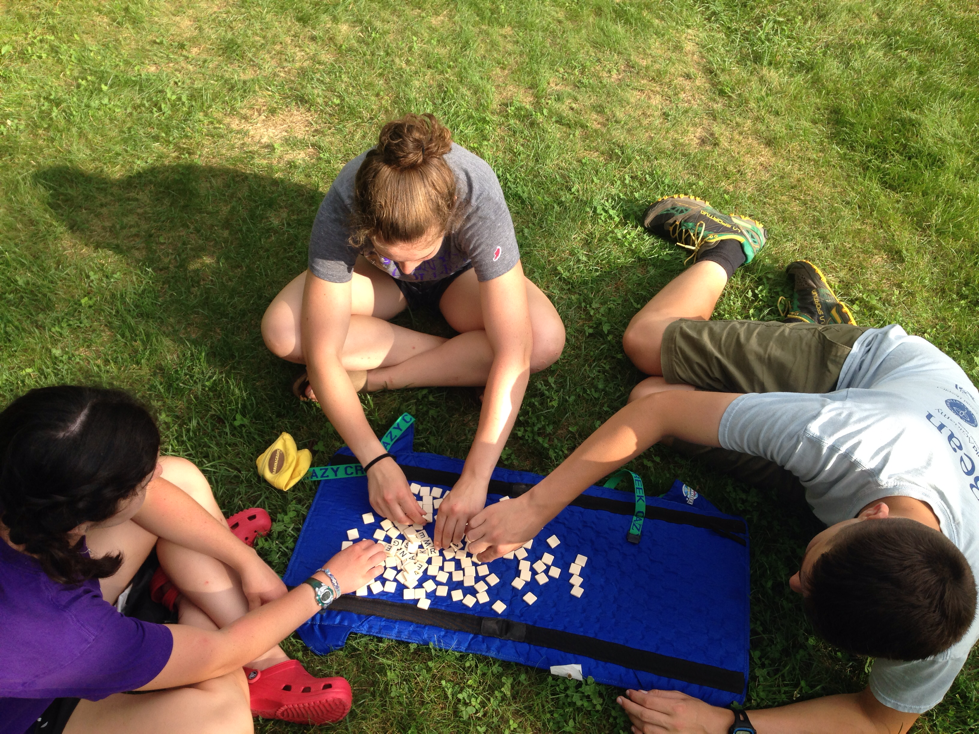 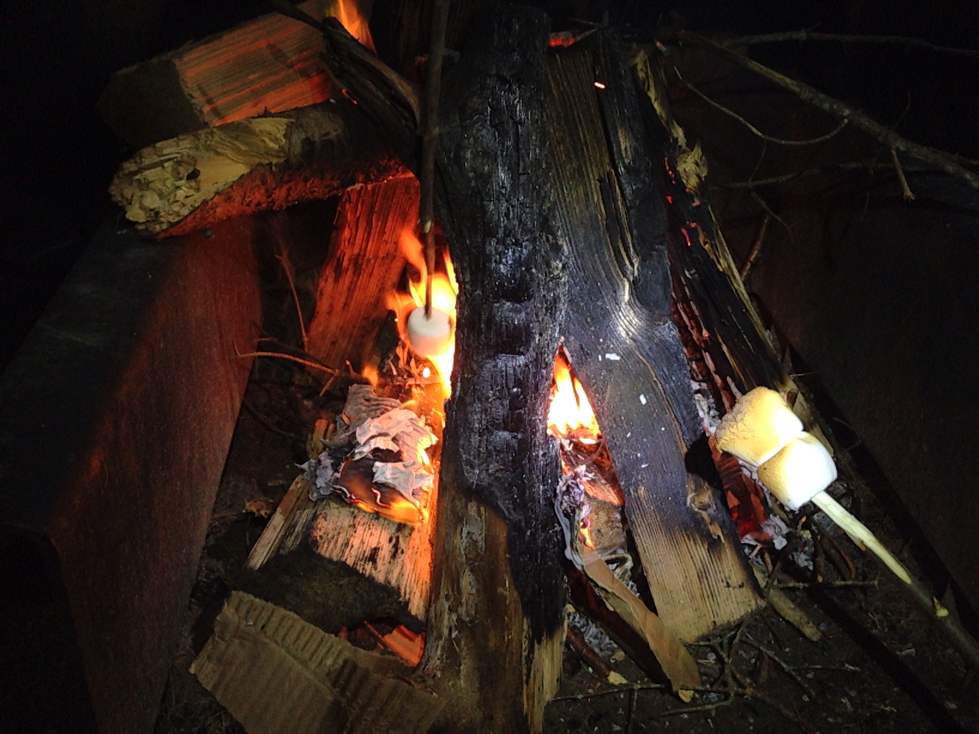 Matt is king of s'mores-making. Because we didn't have graham crackers (oops), we used Ben's home-made banana bread instead, or Laura's home-made chocolate cookies. Both inventive and delicious. 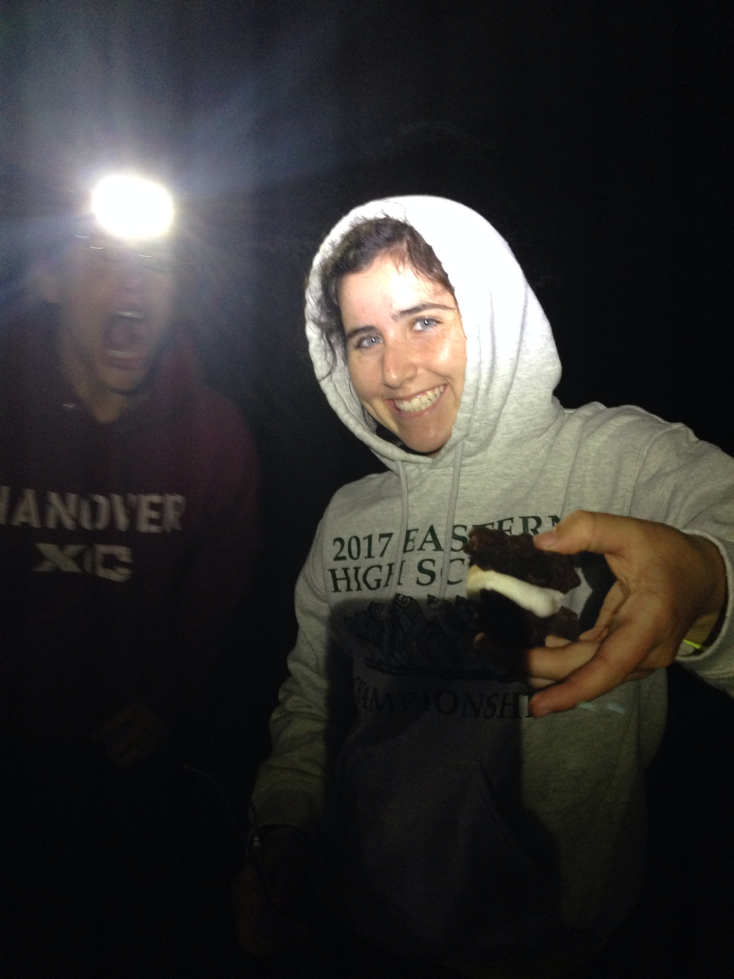 We camped at Tripoli Road, and a nice meal at a Mexican restaurant fueled us for Sunday's adventure. We started by stashing some cars along the Kanc, then rollerskied from one trailhead to the next, where we started hiking. We jogged over the Tripyramids, and the group split at Downe's Brook trail, with some heading down from there and some continuing past Whiteface and Passaconaway. Then back to the cars, for a quick swim, some ice cream, and home. 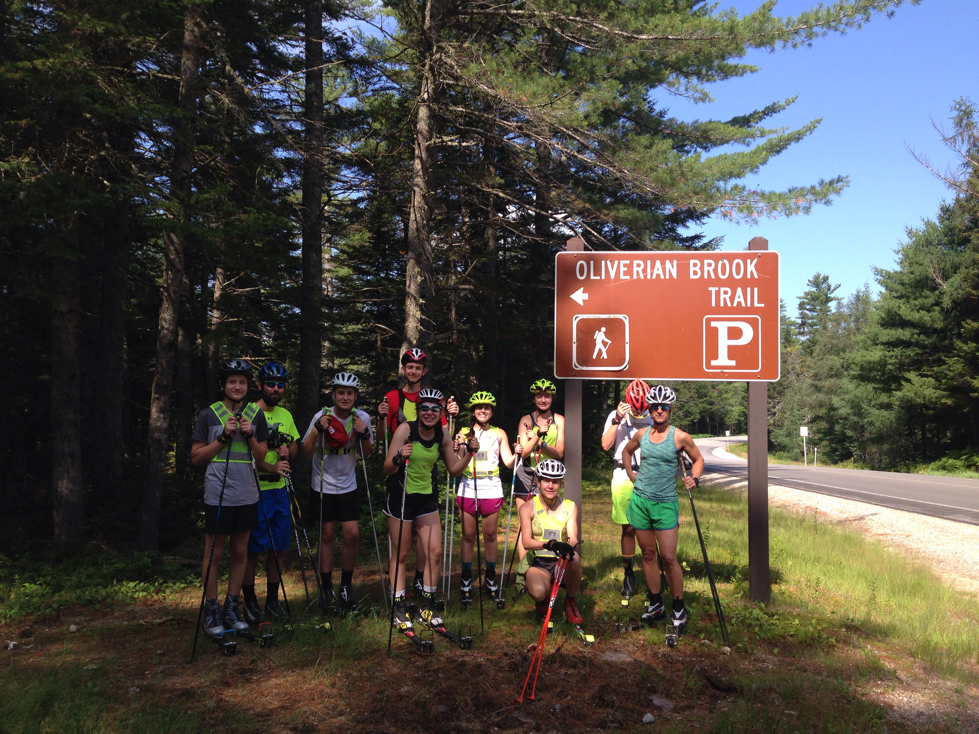 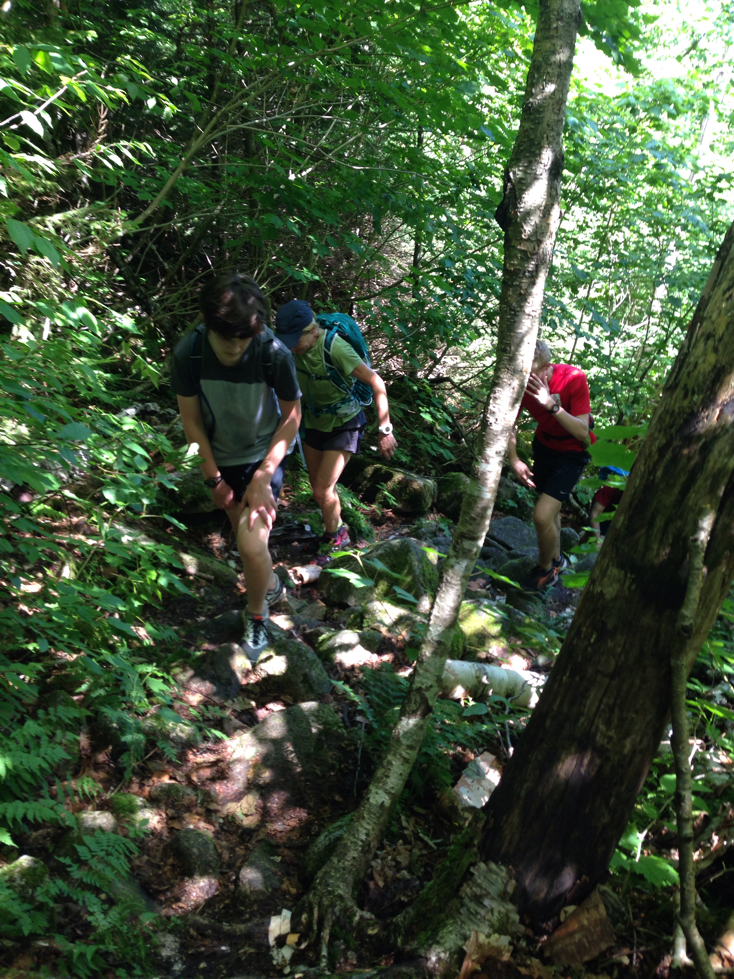 Up Pine Bend trail. Nice to be on a little-used trail. Not much traffic other than us. 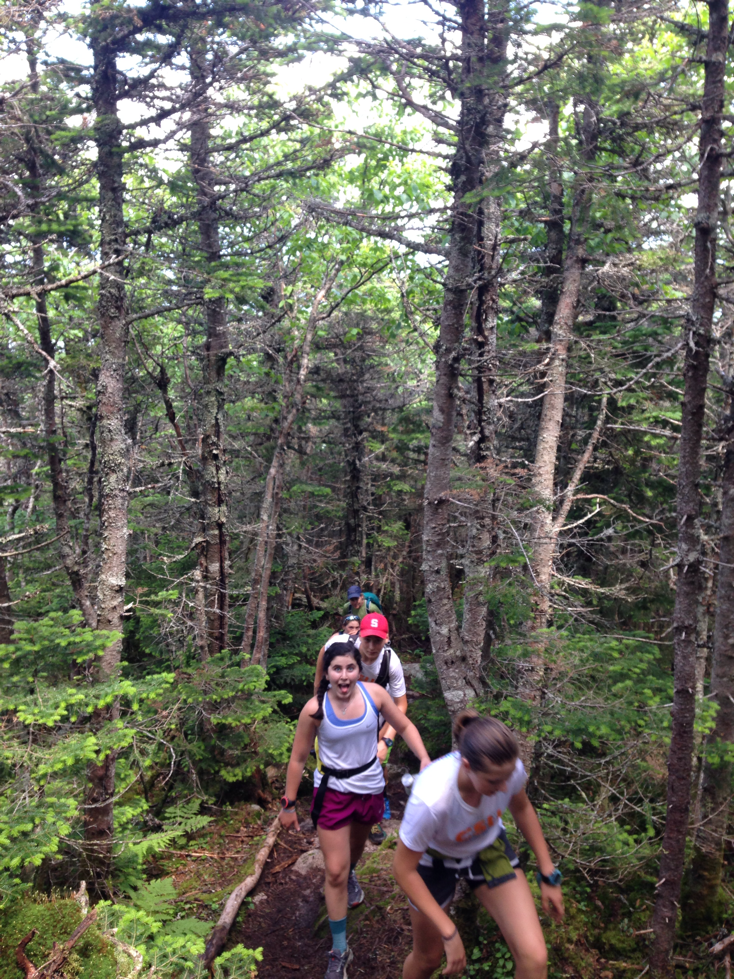 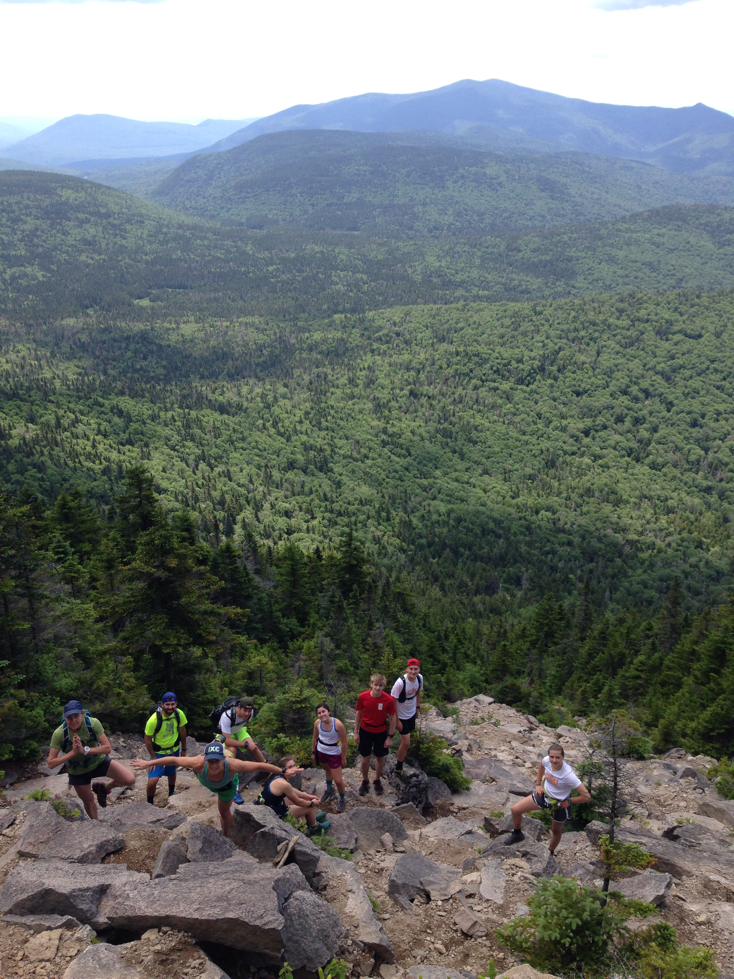 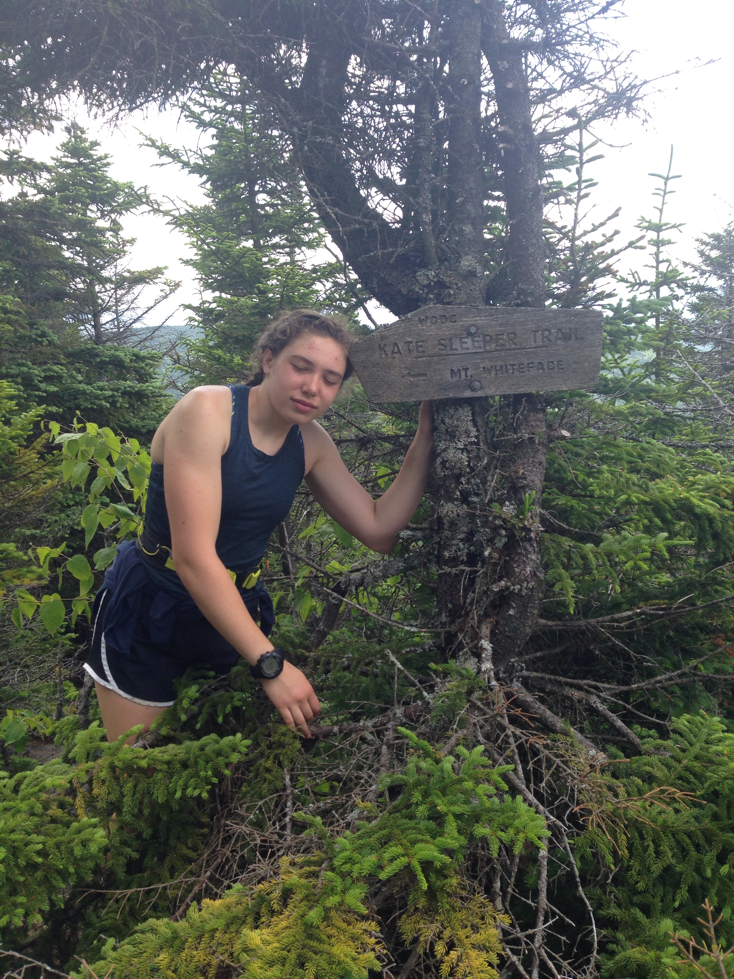 Kate sleeper trail. Get it?!? 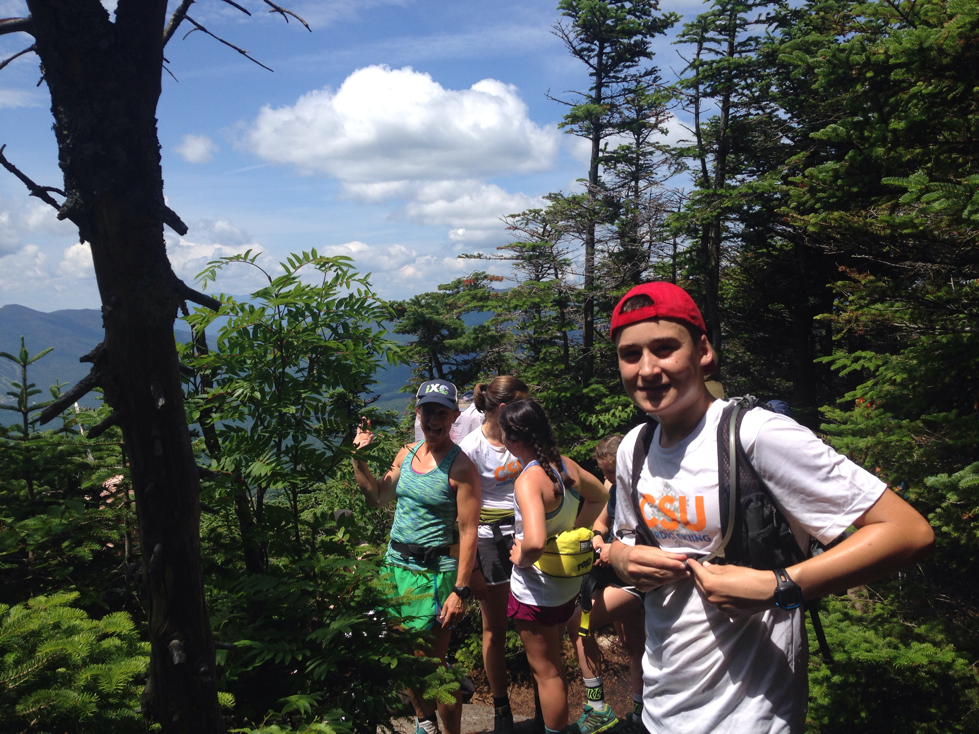 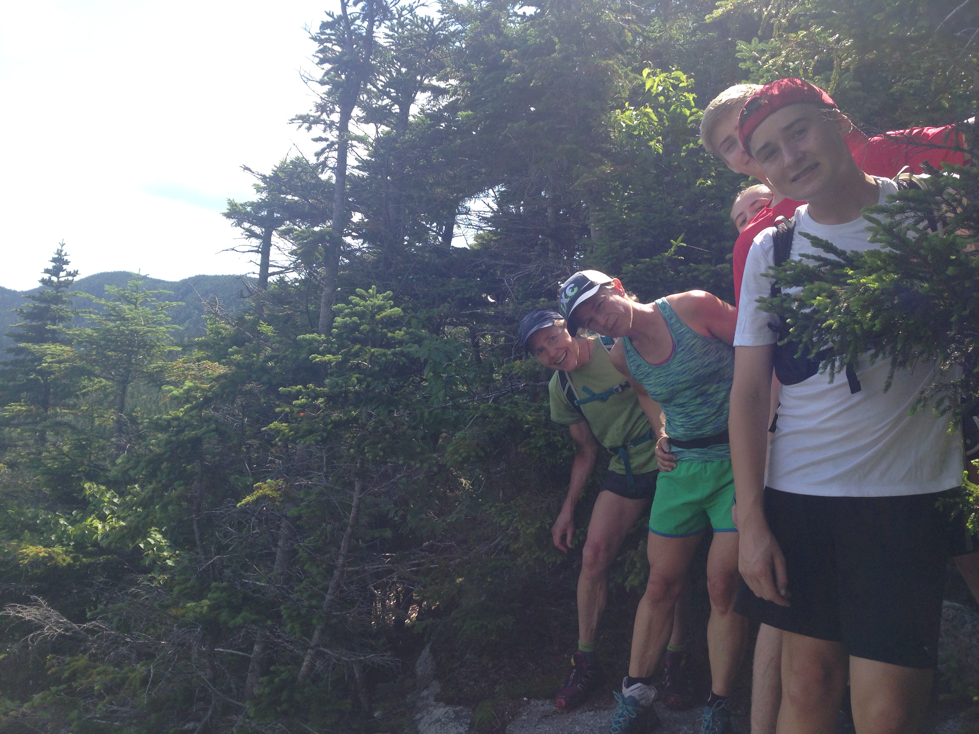 Ridge between Whiteface and Passaconaway was cool, but not too many views. Definitely a sharp ridge, it just happened to have trees on top. 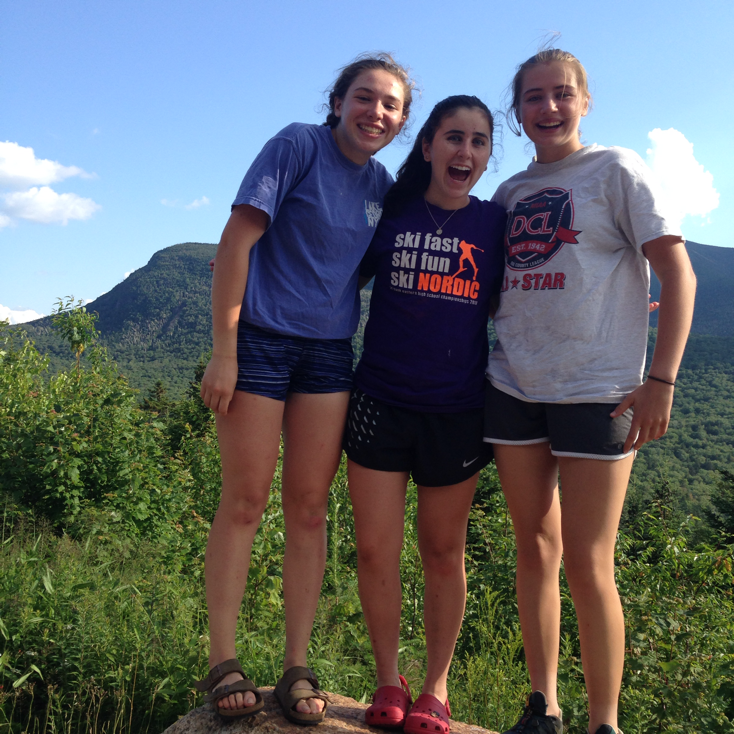 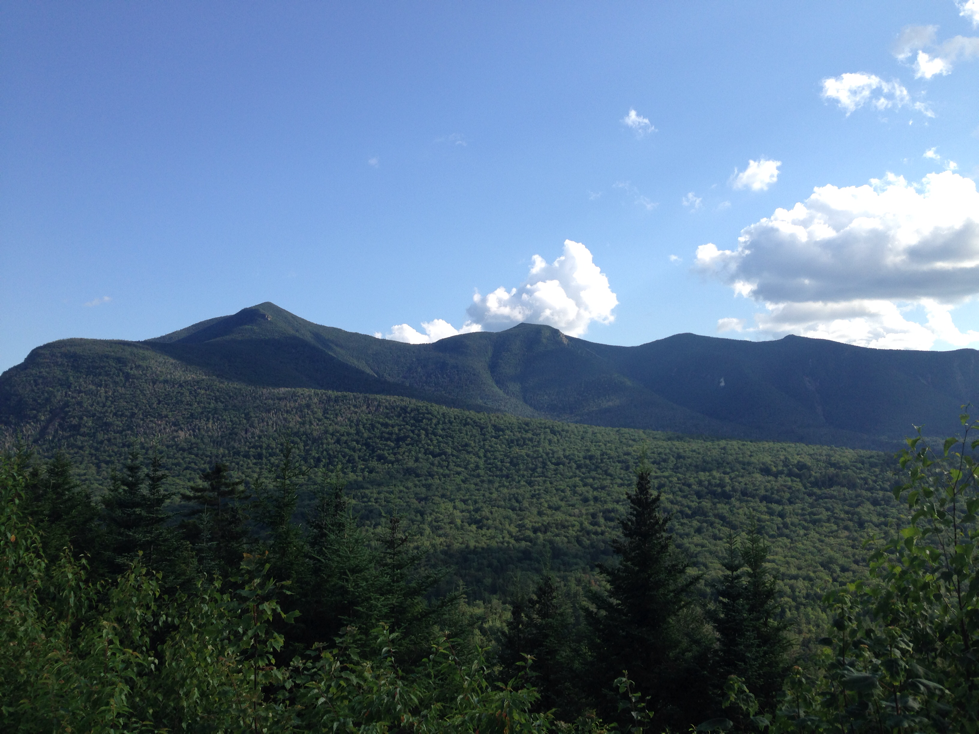 CSU camp is nearly over, and we're had some great weather and awesome training. Here are photos!

Results from the agility test - best two of three.

Madeleine off to a great start

Oliver broke a binding the first time, but crushed it to come back and win the overall

The ice cream lady was skeptical, but Shea ate the whole thing herself! 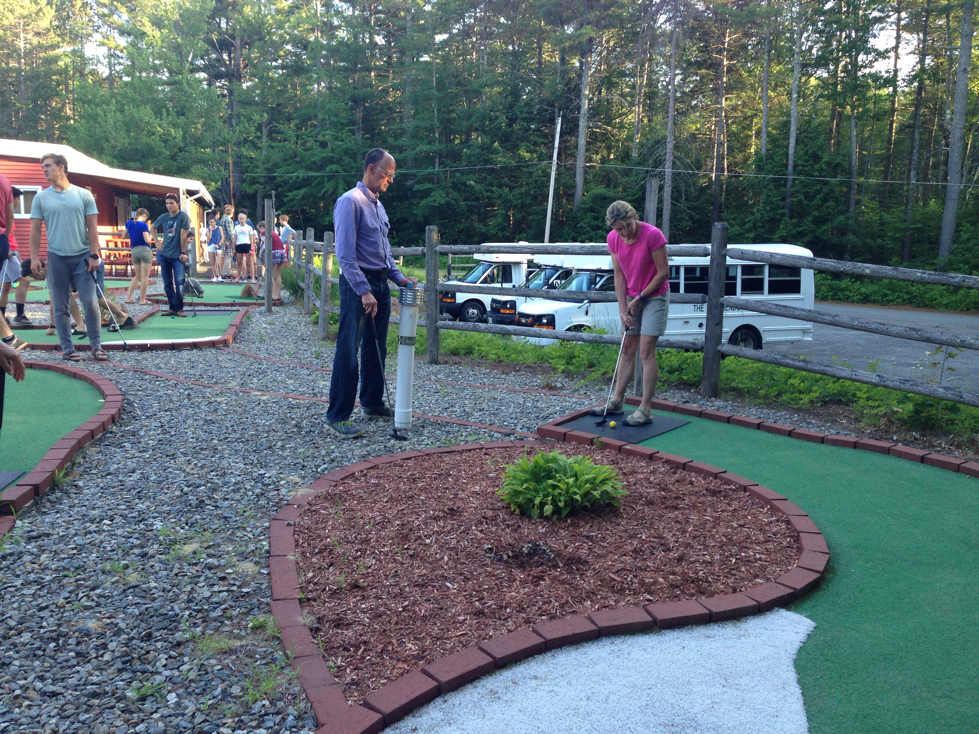 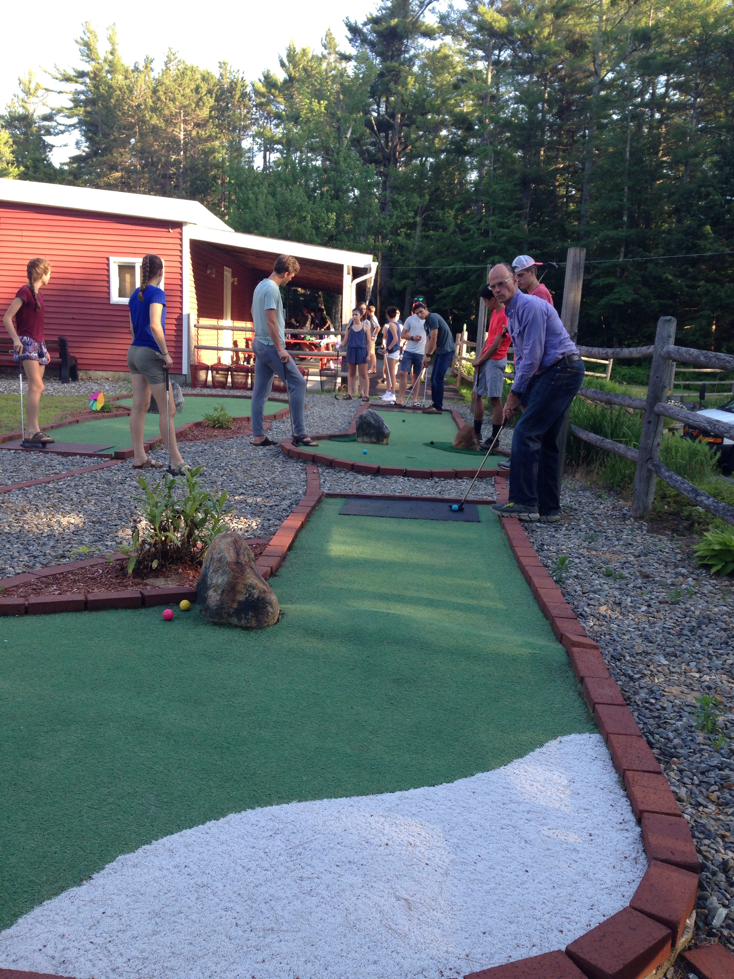 The "maple" group hammering some DP

"Cedar" and "Birches" on a skate OD 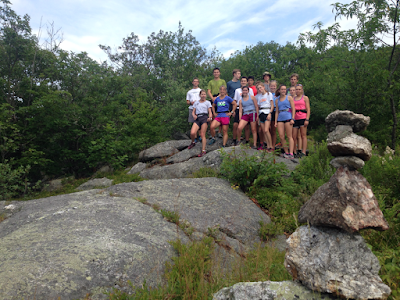 Groups met halfway along the Wapack! 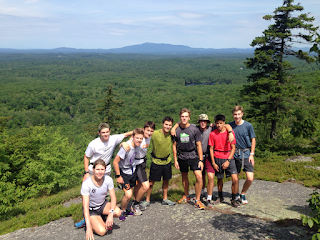 CSU men in front of Monadnock

Eating this entire plate of fried clams was not a great idea, it turns out. Kimball's for after the long run! 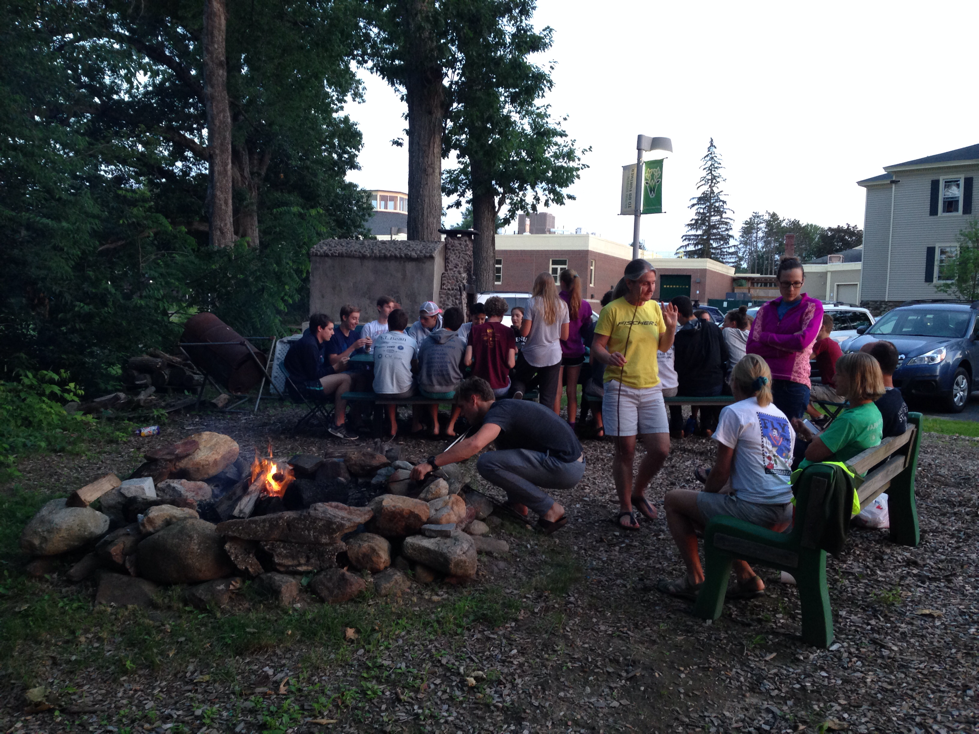 S'mores, campfire, and some card games 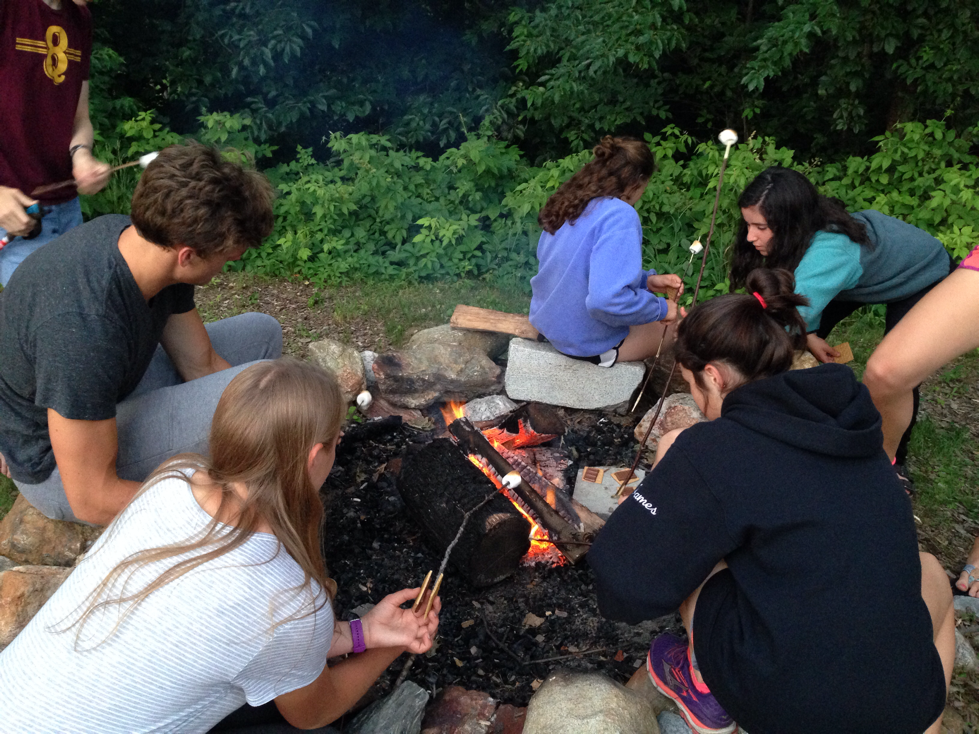 Pre-agility preparations. Tape the speed reducers, and add some stability to the boots...

Schuyler on a corner!
Posted by Alex No comments: