CSU-X was truly divided up last weekend - the third chunk of the team ran in the Brookline Day 5k, close to home. Ben, Milo, Hannah Parker, Noah Baumann, and alumni dad Erik Vandendries all ran. Erik led the pack for CSU with a blistering sub-19, followed closely by Ben, first in his age category and 8th overall! Milo had a solid run, in 17th. Owen ran the kids' 1k, and was 14th, while Hannah was 5th in her age category. Nice going all! 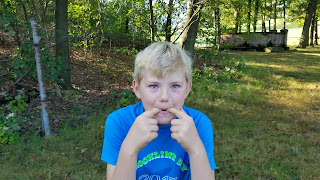 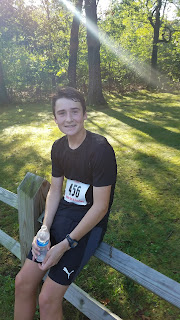 CSU-X divided forces last weekend, with half at the NYSEF Climb to the Castle, and the other half took on the Holdenwood Trail Run. It was hot and sunny, and times were pretty slow considering the weather and the hills.

Thanks to Shiela N for taking all the photos - great to have a race photographer on hand!

Also racing, but not in the photos, were Jamie Doucett, Jody Newton, Sue LaChance, and Chris Doyle, with Jody Sue and Chris all running the 10k! 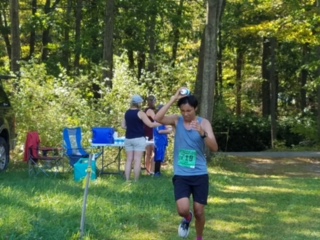 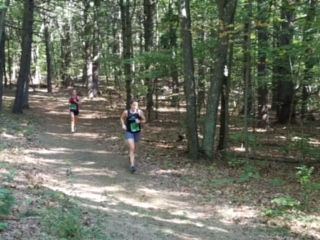 Alex in the woods. This course is so pretty! 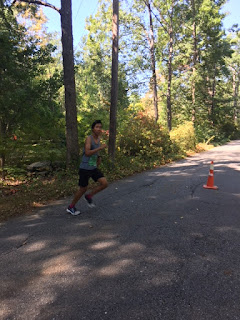 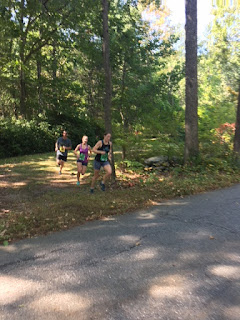 Alex and Madeline coming up to 2 miles 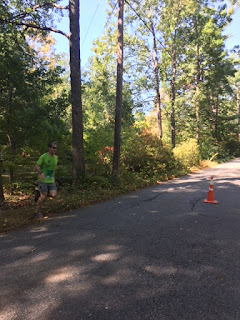 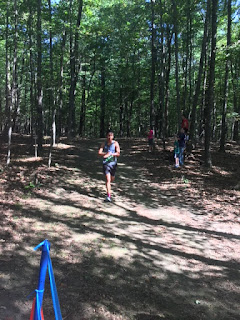 Linden approaching the finish. Is he stopping his watch early?!? 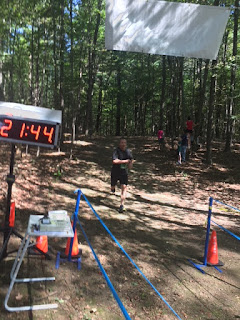 Pat cruising to the finish 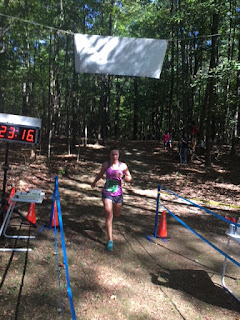 Madeline was the 3rd-place woman! 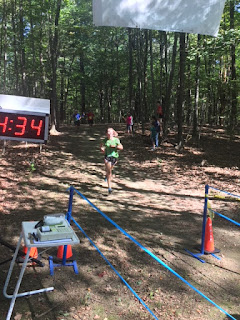 Francesca recovered well from a trip and a fall in the beginning (with the entire pack running into her), and then some bee stings. Ouch! Nobody said it was easy to build resilience :) 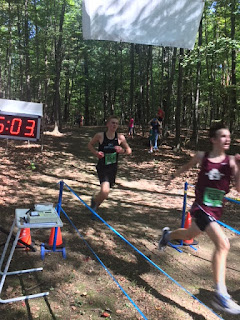 Kevin racing one of the Ayer-Shirley kids to the line

Climb to the Castle
We had a hearty crew head to Lake Placid for an uphill rollerski race this weekend. Rob, Kathy, Maile, James, Oliver, Jacob, Henry, Alex, Kate, and Laura all made it to the finish line, which is no small feat considering that the finish line is on top of Mt. Whiteface. Rob will hopefully post more photos, but here are the results:

Oliver and James led out pack, with Oliver having a fantastic race to finish first U18 and 4th overall. 11 seconds would have gotten him on the podium! James was 2nd U18 and 5th overall, in a solid showing. Henry was 6th U18, Jacob was 8th U20, and Alex was 10th U18. Rob was the first M7, and 5th master overall. He is probably very proud of beating Kathy, even though it was only by a few seconds.

Kathy was the 6th woman, and third master. Laura was close behind, as the first U18, and Kate was third U18.

Well done to all of you!


Posted by Alex No comments:

Gorgeous weather for an uphill run workout yesterday. We all did a thorough warmup, which just happened to get us to the top of the mountain, then reconvened at the bottom to get started. Super thanks to our timers, Chris Daly, Shiela Niedeck, and Tod Niedeck (and possibly more that I missed). 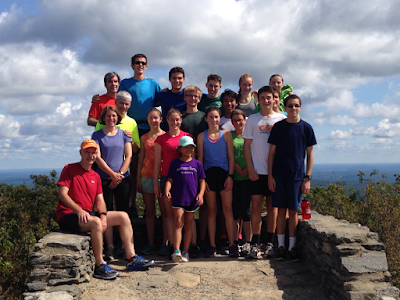 This is not the time of year to be setting big PRs, as we're all coming off some heavy weeks of training, and with school just starting, a lot of the skiers haven't been sleeping an ideal amount. It's worth recognizing that when you don't run as fast as you want to, there are a lot of factors at stake, and they all need to be considered! So, think of this as an ode to all of you who left your summer homework for the last minute, and then had to borrow energy out of the recovery funds. 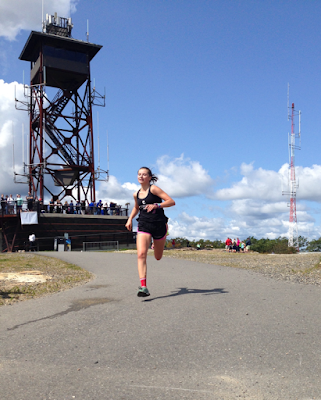 And whether or not you were faster than May, this workout is an excellent way to make you faster in the winter. Congrats to everyone who got to the top of that hill with a good honest effort! (and those U18s, you lucky ducks, got to do it twice :) 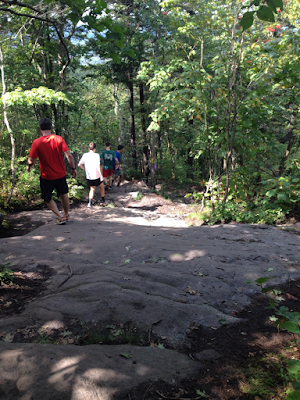