Wednesday, Fabio cooked the whole team an awesome Italian dinner, and all the kids had a great time hanging out together. It's good to have a team dinner, since there are a lot of people staying with their parents, so they all have a good time when they get to hang out and it's not because they're going skiing. Below are some random photos of the kids.

I had to kick Rebecca off of Hulu so that I could upload photos to the blog - she was hogging all the bandwidth!

Zoe arrived and put herself front and center.

Eli pointing out to Liza how best to stack a cheese-and-salami cracker.

Fabio in the act of putting the whole dinner together, with much help from Bennet Goldberg, Lisa Hirschhorn, and Lisa Lynch.

So mild-mannered and well-behaved once they have their food.
Posted by Alex No comments: 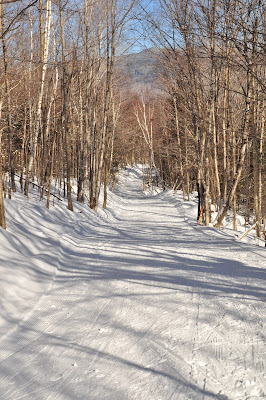 What if you ski up the mountain to take photos and no one comes?  Everyone went the other way, leaving me with silence and an empty trail. 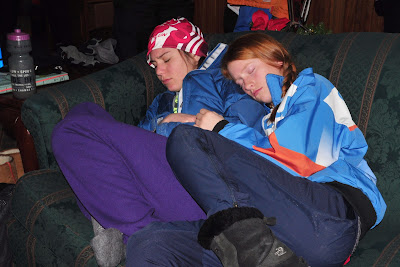 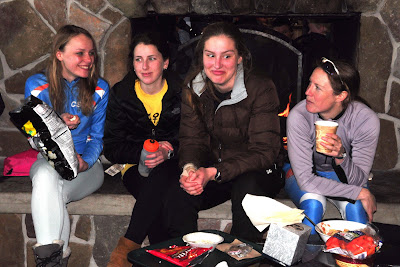 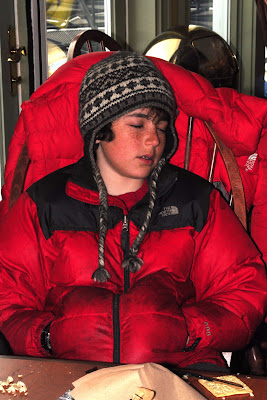 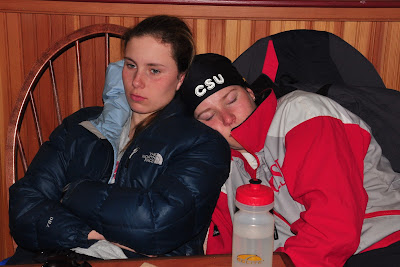 Cate in the zone, Corey resting 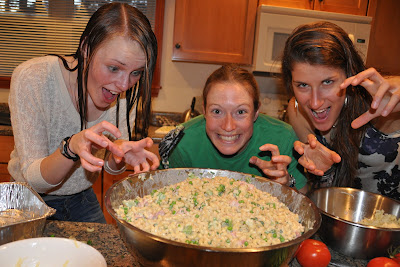 Dinner with Alex - A few calories after a few Ks﻿
Posted by Jamie No comments:

I'm finally home with an internet connection where I can actually upload photos.  What we had in Bartlett at the ski camp house must have been powered by a gerbil....

I could only take photos of the men's race at Holderness due to the klister fest going on. There just wasn't time to see the other races.  It was a lovely day at the wax tables in the cold and wind and so it was a great relief at ski camp to use the same pair of classic skis all week and just adding 1 layer of stick wax each day. 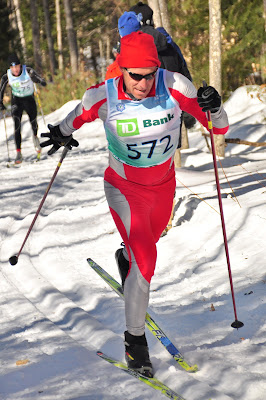 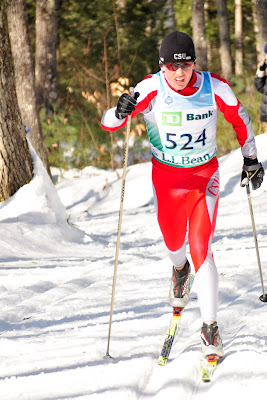 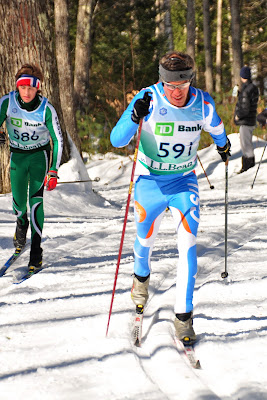 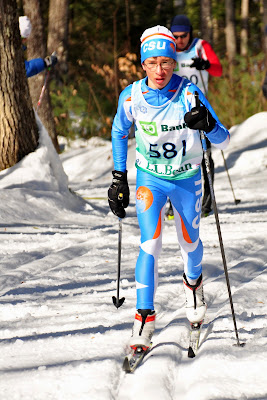 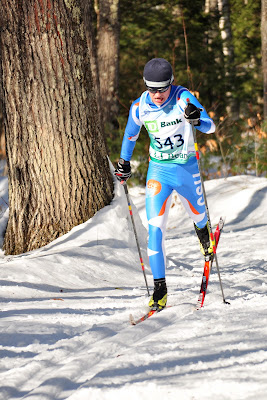 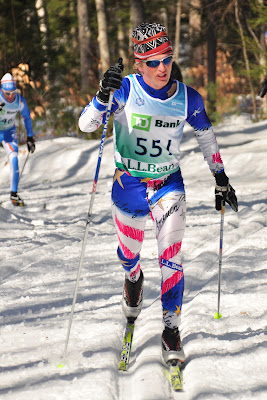 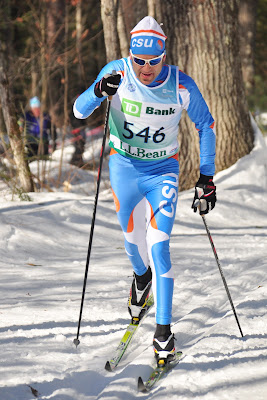 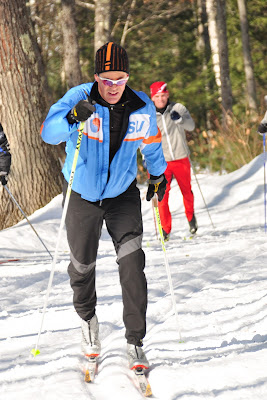 Rob sneaks in a ski after the klister-fest﻿
Posted by Jamie No comments:

Alex Covered in the Boston Globe!

Here is the link to the big story the Boston Globe wrote on Alex:

http://www.boston.com/yourtown/cambridge/articles/2011/02/24/on_the_right_path/?rss_id=Boston+Globe+--+Today%27s+paper+A+to+Z
Posted by Jamie No comments:

The End of Ski Camp 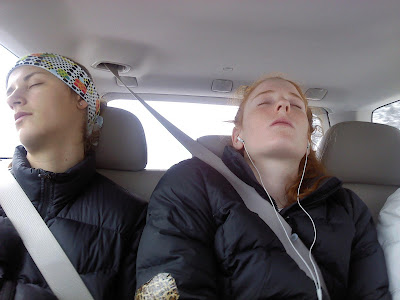 Tuesday we did the best workout of the week - ski up to the top of the downhill mountain, and then ski down. There was a lot of hype about this workout, but it ended up living up to it. Super fun!

We made it to the top! Putting on more layers before the descent.

Charlotte made it down, alive!

It was a beautiful day.

This was how people felt about the afternoon workout...

So it quickly led to some hardcore sleeping!

Basically Santa Claus telling the little kid what she can have for Christmas...

The studious ones.
Posted by Alex No comments:

CSU had a pretty stellar day at Holderness on Sunday, with some really nice performances - at this point, exactly what I expected! The best race story of the day came from Kaytie, who had to ski really fast so that she could catch a plane in time! That's dedication.

They named the JO team after the race, and in the J1 girls it was a super duper tight battle - Olivia made it off the bubble and onto the team, but Shelby Aseltine, Hannah Smith, Olivia, and Issy Pelletier were all within one point. We were pumped to see Olivia make it - she's been skiing better and better all season, and skied her way off the bubble with some nice racing this weekend. We're sending eight skiers to JOs this year (count it! eight!)! But congrats to everyone who came to all the races this winter - there just aren't enough spots on the JO team to bring all the great skiers in this region who deserve to go, and with everyone out there making it more competitive, we end up with the fastest region in the country!

Our skiers heading to JOs are Eli, Corey, Hannah, Olivia, Cate, Zoe, Hamish, and Ian, with Chris K as first J2 alternate. We have a huge crowd heading to J2s and EHS, so pretty much everyone is training right now for some sort of championship race. After the Holderness race, we headed over to Jackson, for our annual February camp. We have 31 skiers here! People are doing a bunch of different workouts, since everyone is on a different peaking schedule for different championships, but today we all went out for an easy skate ski in the morning.

Jacob, Nick, and Charlotte working on their striding technique in the afternoon. It was pretty blustery all day, but in the woods it was sheltered enough to be quite warm!

Chris trying to drop his dad up a hill, beautiful classic skiing.

We took our skis and poles off for some drills, and Julia got air. I should mention she is wearing a pretty fantastic onesie under the jacket, but it was too chilly to go for the full look.

Nobody told me it was dress-up day.

The man with the little computer and the big bowl of oatmeal. Clearly hasn't had his morning dose of caffeine.
Posted by Alex No comments:

The CSU army headed up to Hanover, NH today for the first of the weekend's races, the Silver Fox Trot on Dartmouth's Oak Hill course.  With the warm weather the last few days and the cold and wind settling in today, the quality of the snow resembled Weston.....nice and fast and icy.  Unfortunately for some, there are also large hills and fast downhills with icy corners which some people had trouble staying on their feet for.  All in all it was another good day with Eli Hoenig coming in 7th overall and Ali Crocker on her home Dartmouth course skied to second, with Corey Stock 6th overall.  On the J2 side Hamish was 2nd for boys and Cate was 2nd for girls while Rob was 3rd master and John Sakalowsky 4th master.  Full results can be seen HERE 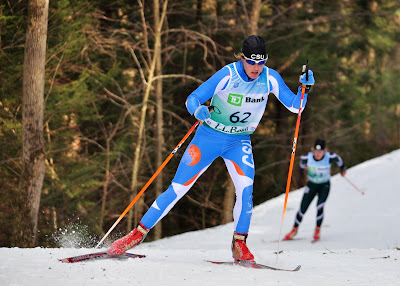 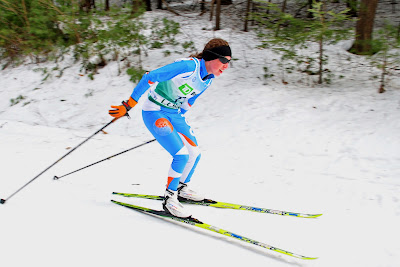 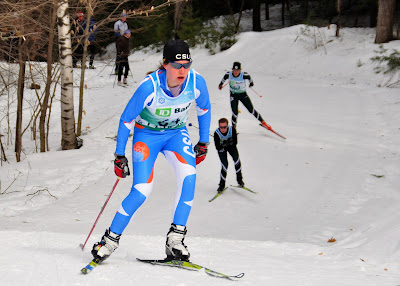 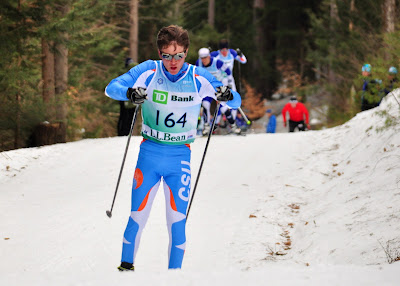 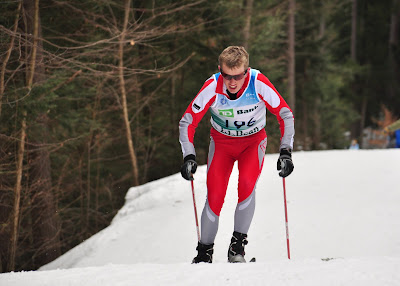 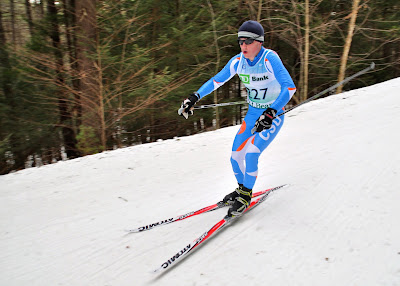 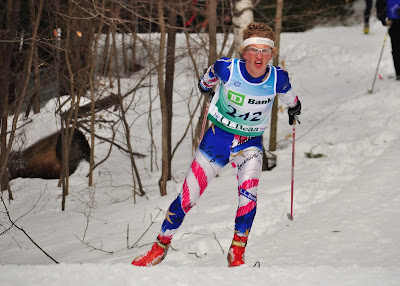 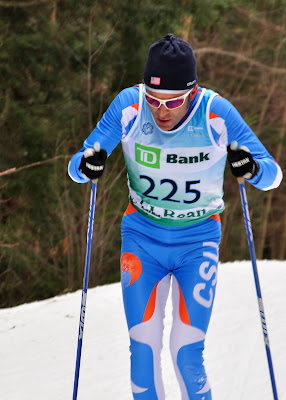