The girls gone wild weekend.  5 CSU Juniors trekked to Vt. for a final summer surgical training spike mixed with some new turf to traverse.  The following photos detail some of the high points. 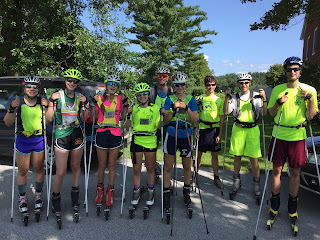 It's Saturday so time for an OD skate up and down Pleasant Valley.  The juniors liked it last year so we tried to beat their experience with perfect weather.  Awesome ski albeit I imagine the Mansfield racers were all incented to ski too far. 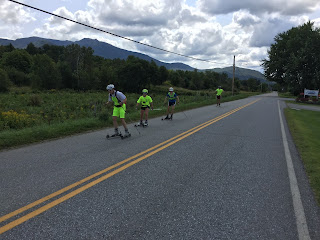 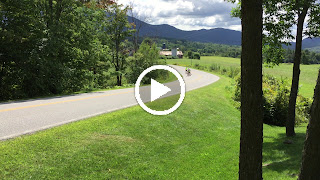 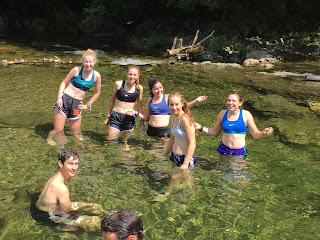 The skiers finished by skiing to this terrifically refreshing swimming hole outside of Jefferson where the team quickly decided it was time for lunch, 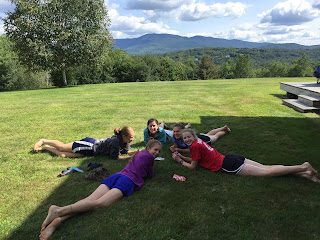 Post lunch cards were followed by a trip to the Lake Waterbury Beach where the CSU Flotilla in 4 boats took to the mountain lake.  Two boats paddled part way around this very long lake while the girls explored a few coves and took in the views.  A big cookout followed to close out Sat. 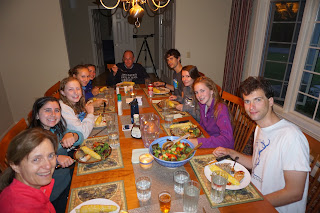 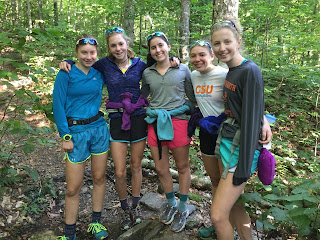 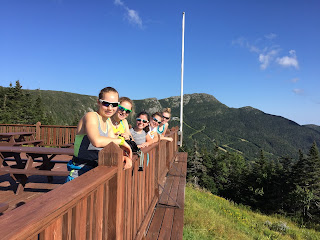 The girls stuck together opting for the early long hike up the Mansfield ridge, to the top of the race course in time to catch Rob and the first runners up the mountain. 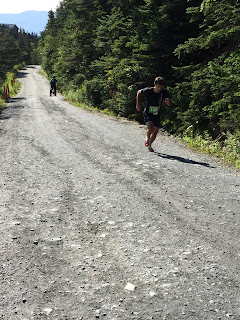 Noah Hoffman shows why he is on the US Team by beating all the mountain runners, flatland runners and other skiers by over a minute. 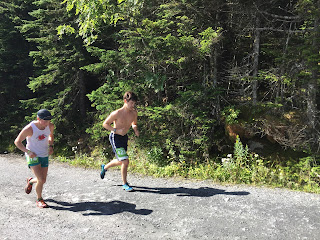 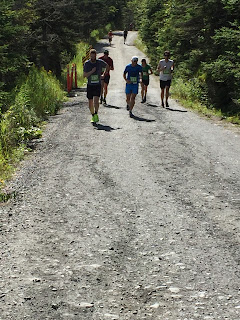 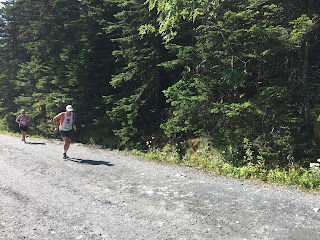 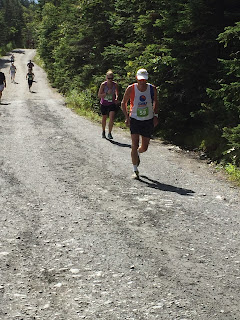 Rob getting ready to hammer the end of the course.  Little does he know the CSU cheering squad is about to force him into the final kick with .2K to go. 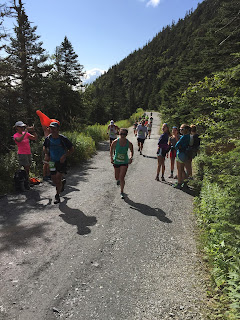 Moriah helped drive the team in her van through the mountains so the girls gave her a final boost near the summit.  The CSU runners all finished well way up on the standings given 384 finishers.  Chris was 21st Jim 56, Rob Oh so close 4th in his age group and 67 overall while Moriah finish 145th. 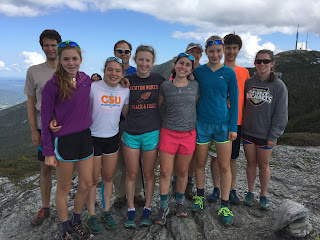 Onward to peak bagging where the group went across the Mansfield ridge from the Forehead across the Chin to the Adams apple. 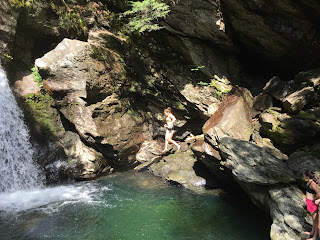 Dining after the hike was at the famed Bingham falls, which is unique swimming hole consisting of a dozen pool many of which are carved into the stone by the stream in deep holes that are surrounded by shear faces that are up to about 50 feet.   We made the girls watch a French Canadian crew test out their proposed jump while the downed a 2 course formal serving while sitting on a big rock.  Kate took it upon herself to start senior year early and led the way into the abyss.  (Note to parents - the big cliffs were off limits, but I was assured there are no rocks on the low perches.  Still a thrill.) 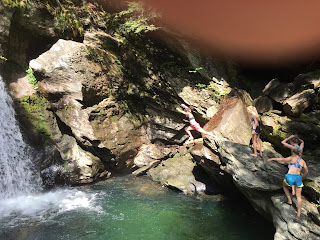 Phoebe shows off her gymnastic form. 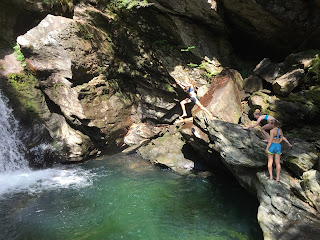 Shea shows off her classic technique technique with great kick and long stride. 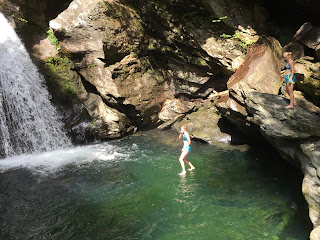 Rose is unimpressed by the younger team and shows them while a huge leap is fine, but hey can you walk on water?  Seems she either has an amazing ability to take advantage of surface tension or she really must have some special ability. 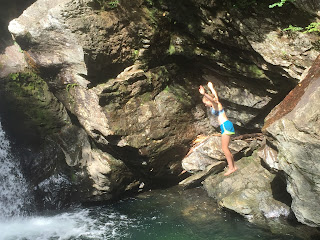 Eva says, but wait I can fly. 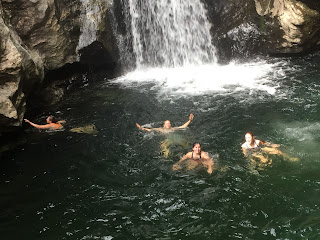 A last swim into the falls, some watermelon back on the deck and the long return drive by Kate for another successful CSU adventure.  To think we still like to ski more than summer training.