Dublin Double and the Cheri Walsh

We just wrapped up the final weekend of Eastern Cup racing. It's been a wild ride, and having three races in the weekend was a real test of fitness, guts, and skiing ability. The weekend started at Dublin, with a 3k prologue and a 1.5km prelim, and we had some solid results. Below are some photos, huge thank you to Peter Nichol who captured nearly every skier! 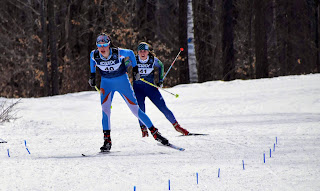 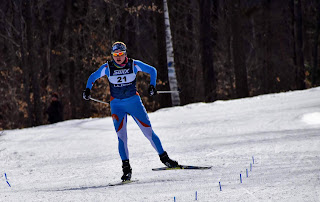 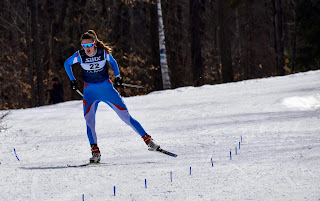 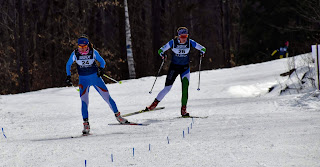 Henry was 13th in the 3k, and 18th in the 1.5k. Importantly, he was on the leader board for the fastest downhill split time! 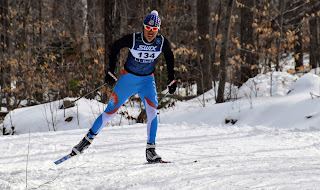 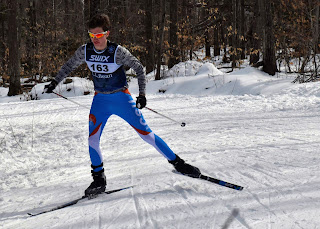 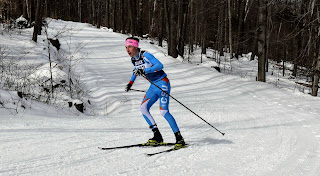 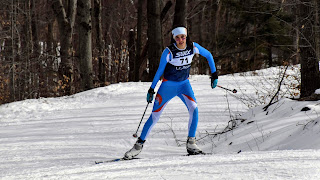 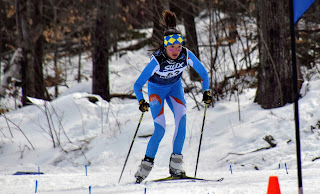 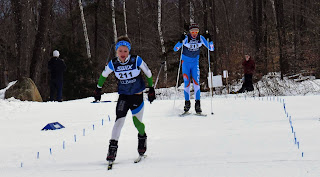 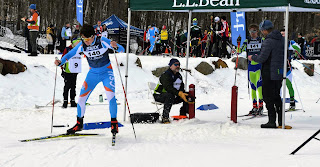 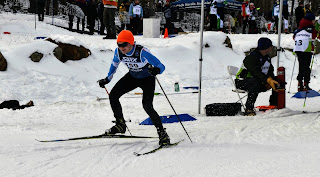 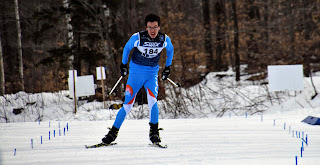 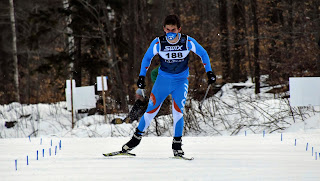 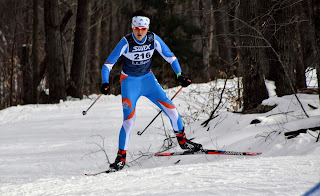 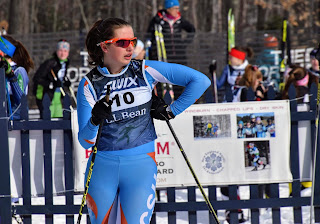 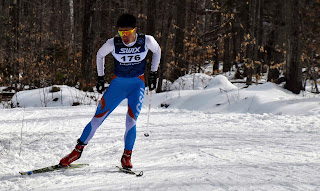 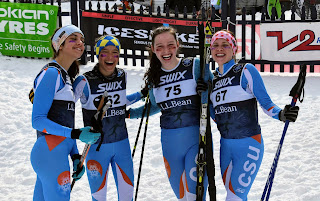 If you count it up, that's 13 kids in the top 10 of their age groups, and five podiums! Lots of smiles, all around. 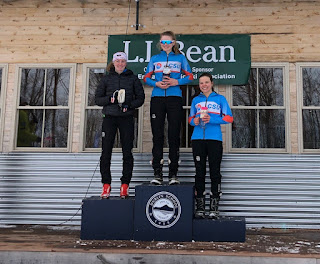 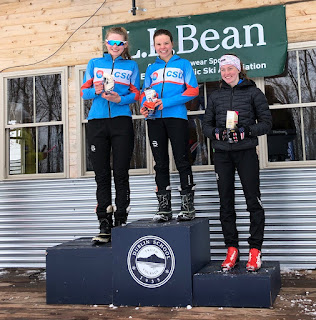 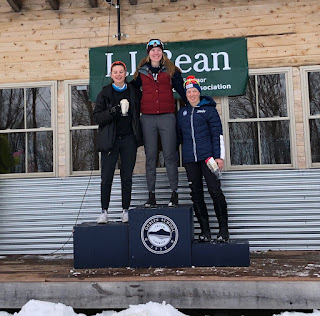 Sunday dawned all New England-y, and got a little nutso with the waxing. Big apologies to all the U18 boys who had zero kick; luckily they were in good company with about half the field struggling as the snow changed to rain before anybody could do anything about it. No photos from the day, because of said rain and snow.

The U16 boys went off first. Clint (DXC) led the way, in 10th place, followed closely by Lucas in 16th and Sam in 17th, for what I think are PR placements. David Shycon, a U14 trying out an EC, was just behind in 20th place, and Milo skied great, landing in 26th. That's four on the top page! Kaden joined us to try out an Eastern Cup, too, and placed 32nd, followed closely by Alexander, another EMBK skier, in 33rd. Glad they could come race!

The U16 girls were next, and in the theme of the weekend, Sofia skied herself onto the podium in 3rd place. Evie was close behind in 5th place, and Mica showed that she can definitely ski classic, landing in 7th, ahead of Clara in 8th by 0.6 seconds. Francesca battled some draggy skis to finish in 11th, and Ella rounded out putting all the CSUers into the top 15 by placing 15th! That is an IMPRESSIVE showing.

The older girls had more of the same, but two laps now. Shea showed her mettle, taking the overall win in a commanding fashion. Schuyler (DXC) rounded out the podium in 3rd, and Amelia was just behind in 5th place. Wow! Eva was back in a race bib for the first time in a long time, and finished as the 14th U18, followed by Aggie (DXC) in 17th and Madeline in 18th for U18s. Phoebe, despite skiing into a tree and finishing with blood all over her face, was the 20th U18. Tali had a rough day of it, electing not to wear glasses, and then basically being unable to see for the sleet, but still finished as 24th U18. Flora skied to 7th U20, her first top-10!

Next were the boys, with another 10k. Unfortunately, this is where the weather turned, and the snow changed from sleet to rain. Without any time to change the wax on the skis (some were racing already), really only those who had elected to race on zeroes had any kick. My apologies for not pushing that option harder to those who had the option. Regardless, our team skied with a lot of guts. Many people out there were in a similar situation, and the boys kept fighting, even in less than ideal conditions. That's what we like to see!

JN Team
After the race, NENSA announced the New England Team going to Junior Nationals. Junior Nationals, up in Anchorage this year, is a race where each region of the country can bring a certain allocation of skiers every year. Even though New England is consistently one of the strongest and deepest teams, we still only get to bring as many skiers as the smaller, less competitive divisions. This makes it INSANELY competitive to qualify to make the NE team, which is done using points from the Eastern Cups. Having this level of competition makes everyone a faster skier in the end, but it can be really hard to watch teammates and friends qualify for a team that can only take so many athletes to a race. Sometimes, hard work only takes you so far, and you need a swig of luck to finish the job.

Remember the difference between success, and excellence. Success is what other people see, but it doesn't define you as a person. Excellence is your behavior, how you react to situations and how you deal with the factors within your control. Excellence often leads to success, and it is excellence that we need to be striving for, not success. You can't control how many people show up to a race, or how well they ski, but you can control your communication with your wax techs, eating the right breakfast, wearing your lucky socks, or doing the right ski training for the last four years. Skiing is a long term development sport, and we all need to practice excellence for a long time before we reap the public success. Even those athletes who appear to be successful are still striving for something more. The road is never ending, and it is the process from which we need to find pleasure, motivation, and inspiration.

This year, we're sending a TON of athletes to Anchorage on the New England Team. A big congratulations to: 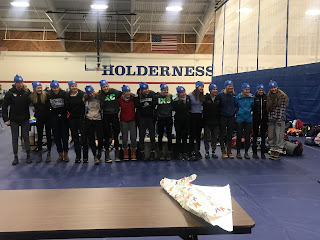 U18/20 girls heading to Anchorage. Thanks to Ann Kitch for the photo