Every year, NENSA hosts a Regional Elite Group (REG) camp, which is by invitation to skiers from New England and NY. The camp was held in Lake Placid this year, and Kathy and Alex were the CSU coaches there. Big group of CSU athletes: Madeline, Shea, Laura, Evie, Sofia, Alex, and Henry. In total, there were 21 REG boys, 21 REG girls, and 7 each of U16 boys and girls who had been invited for a slightly shorter duration camp. The other coaches were Matt Whitcomb, Justin Beckwith, Dorcas DenHartog, Colin Rodgers, Anna Schulz, and Jason Hettenbaugh, with Shane McDowel and Adam Terko coming for some of the workouts.

One thing I noticed about this camp was that our seven athletes who attended were right in the mix. It's not like we were some flatlanders off the back, our skiers were training and competing right there with some of the best skiers in the country. What's really cool about this is that at practice, it's not like those 7 athletes are way faster than anyone else - on any given day, every single athlete who was invited to REG camp will be beaten in an interval by one of their CSU teammates. This just goes to show the power of training with such a strong team, because by working together, the entire team has gotten faster. So, it may only be 7 athletes who were invited to that camp, but those of you who are training and racing with the kids who got "the tap" need to know that you are just as fast as some of the best skiers in the country. This is really cool, and is ultimately the whole point of gathering together skiers from different clubs.

The week started out nice and mellow, with a preview of the uphill run course on Whiteface Mountain. Luckily, the TT doesn't go all the way to the top. We did some hillbounding and ski walking technique, and a couple intervals to wake up the systems before tomorrow's race.

The next day was pretty rainy, but that made it nice for running uphill. That is one tough TT course, and of course both Kathy and Alex ran up it to see what it felt like (spoiler: not actually all that much fun in the moment). Really impressive display of guts and effort out there, with all the skiers laying it on the line. Results: https://www.webscorer.com/race?raceid=186064. Special shout-out to Shea for being our fastest woman up the hill, battling it out for third place.

That afternoon, the camp did an uphill double pole time trial at the Jumps complex, starting at the bottom and traveling only 800 meters, but also many many meters up. Boy did that look hard. Again, lots of class A efforts, and as a group, the coaches were really impressed with the level that New England juniors are skiing. We had the visiting superstars of Ben Ogden and Sophie Caldwell do the test with us, which was pretty cool to have a benchmark to compare your time to. Madeline showed how hard work can make you fast, ending up as the second junior and third overall (Sophie won) for the women. Alex B had a pretty solid attack of the hill as well, admitting that it was a little harder than Annursnac.
Results: https://www.webscorer.com/race?raceid=186085

The next day we did a loooong hike, with the boys going over 4.5 hours. We had great weather, and everybody made it back in time for lunch. That afternoon we did some skate technique, and I can say that as a coach, it was great to work with a different group of coaches and pick up some new tips. Hopefully the athletes found this as interesting as the coaches did! 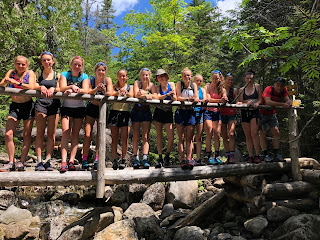 The girls' group on the hike 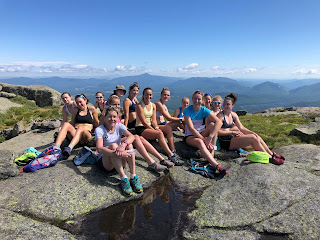 The next day we did the famed agility course, that included the NENSA rollerski ramps. These were super fun to play on, and the athletes all got a reasonably long time to warm up on the course before they started racing it for time. Again, some really impressive agility and ski skill being demonstrated! Alex and Henry proved that when you train together, you race together, and were separated by only 1.1 seconds. Laura led our women, for third overall, with Madeline just half a second behind her. 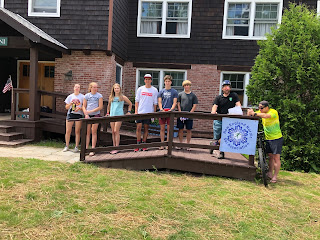 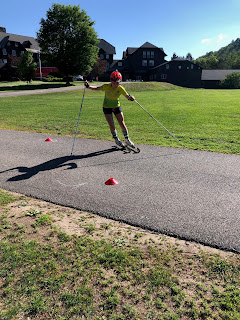 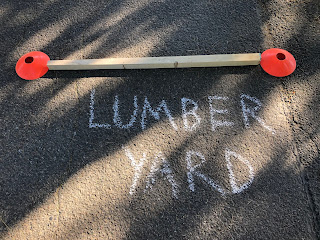 Part of the agility course. I know agility looks like all fun and games, but some of it is safety. If you're rollerskiing and there is something in the road, you need to know how to jump over it. 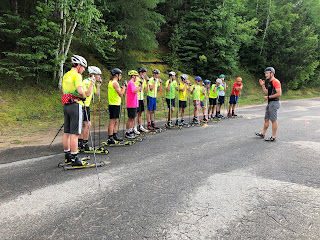 Matt Whitcomb with the full attention of the boys 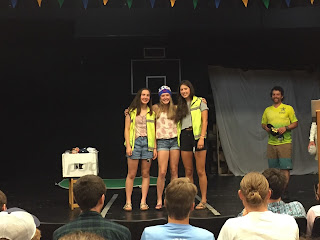 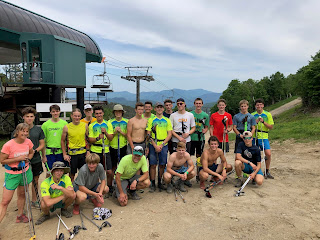 Boys' group at the top of the hillclimb (only part way up Whiteface - that's a big mountain!)

The U16s went home at this point, and the REG athletes had a few more workouts. First was a really great strength workout on Thursday afternoon, and then a nice distance classic roll on Friday morning.

Quite a great week of training, and great vibes all around.